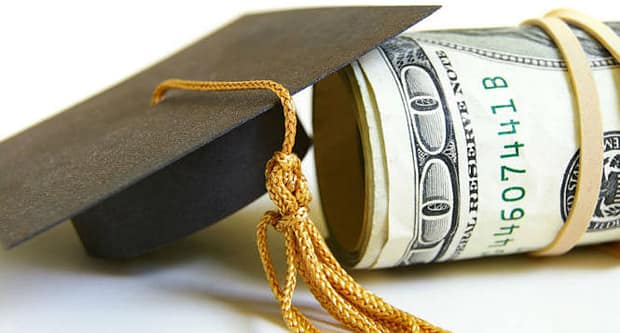 Thanks to Misty for her excellent and compelling essay on Domestic Violence. She has given us permission to post the article here on our website:

Domestic violence casts a long, far-reaching shadow upon the lives of those it affects, often stretching through multiple generations. In my own family, at least as far back as my great-great-grandfather, domestic violence has been a troubling force that has darkened so many lives, including my own. My mother was one of 9 children in a family in which beatings, drunken rampages, rape, and forced confinement were common occurrences. She escaped at the age of 15 and had a series of 3 unsuccessful marriages, including her marriage to my father who frequently beat her and my two older sisters, and raped my eldest sister multiple times. As the youngest family member, I do not have much first-hand memory of his abuse since my parents divorced when I was 2 years old. However, because of my ancestry line which was plagued with domestic violence, I inherited a mother who suffered from PTSD, bipolar disease, borderline personality disorder, depression, and alcoholism.

As a child, I endured regular beatings with a piece of wooden baseboard, having my hair pulled, and my face slapped and spit upon by my mother. The physical abuse was painful to be sure, but what left the greatest and most lasting wounds were the effects of having a parent inflicted with mental illnesses and addiction as a result of domestic violence. Because of her own upbringing, I do not believe that my mother had the capacity to be an effective, caring parent. By age 5, I was routinely left home alone, responsible for cooking my own meals and doing my own laundry, which meant I usually ate poorly and wore filthy clothes. Throughout my youth, several days in a row would often pass without anyone in the house speaking to me or looking after my needs. When my mother did speak to me, it was typically in the form of verbal abuse and threats of driving drunk on the Los Angeles freeways which left me terrified that she would kill herself or others. I was isolated, neglected, and left to fend for myself.

My mother could not be relied upon to provide for my basic needs, and so I worked throughout high school, purchasing my own food, clothing, and school supplies. My first job was in the school cafeteria where I spent my lunch breaks selling food to my classmates in exchange for payment of $4.25 plus free lunch each day. By my senior year, I had a full time job at a music store where I worked every day after school. As well, my mother kicked me out of the house the day after my 18th birthday, as she had done to my 2 older sisters. While still in high school, I rented the only home I could afford: a tiny, illegal apartment that had no sink, telephone, kitchen, or mail service. I slept on the floor of that tiny room, my head in front of the refrigerator door, and my feet next to the wall across the room. Continuing to attend high school under these circumstances was difficult. I was often late for my first period classes because my apartment was 30 minutes away on Southern California freeway, which was prone to traffic delays. My frequent tardiness lead to several after-school and Saturday detentions, which in turn caused me to miss time at work. I knew there was a better way to live, and I wanted the peace and success that I saw in the lives of others. I hoped that education and a good career would be my path to that life.

When I graduated high school, I continued to work my way through my undergraduate college years, struggling to get by, and amassing student debt in order to cover my tuition costs. When I met with my undergraduate advisor for the final time just prior to graduating from San Francisco State University fourteen years ago, Professor Lois Lyles suggested that I apply to law school. I wanted to pursue law school, but at that time, I had a mere $5 to my name and did not have the luxury of continuing my education. I used that $5 to purchase a subway ticket to interview with White & Case where I was hired as an Office Services Clerk and Librarian. Now, after over a decade of working in the legal field, experiencing both civil and criminal litigation, I am finally in a position to be able to take my advisor’s recommendation.

Although I bear the emotional and psychological scars of abuse and neglect, I am careful not to let those scars harden me, but rather I choose to use them as motivation to turn the course of my own life, to create a more promising future for those who come after me, and to relate to others who are suffering. My past is the impetus which has propelled me forward from being the little girl who was beaten with a strip of baseboard and then left alone, to the woman who has just been accepted to law school and has a bright and fulfilling future.

Domestic violence has shaped who I am today, but because of its influence, I am acutely aware of the need for advocacy on behalf of its victims. By victims, I mean both those who have had violence inflicted upon them, and those who perpetuate violence. Those who have had violence inflicted upon them need help as they navigate the court systems and social services. Legal services are essential to assist such victims’ escape from the cycles of violence so that they can become empowered and successful in their families and communities. And people who commit violent acts are often victims of violence themselves, have mental illnesses, substance abuse issues, and may face challenges such as poverty, under-employment, and lack of education.

Without adequate legal services, they can become, essentially, faceless monsters in a criminal justice system set up to dole-out punishments without means to help defendants to become successful in changing the course of their lives for the betterment of themselves, their families, and communities. I believe that all who have been affected by domestic violence are worthy individuals, and that assistance should be available to those who are motivated to work toward change.

I am thankful that I have been able to escape the cycle of domestic violence that has plagued my family, and I have chosen to use my dark legacy to effect positive change. This autumn, I will begin studying at the Alexander Blewett III School of Law at the University of Montana. I am attending law school because I want to represent individuals who have historically lacked adequate representation: voiceless children, battered women and men, and those who have been charged with crimes associated with domestic violence who wish to change the course of their own lives.

I will do this with two main goals in mind: 1) to provide my clients with the services and representation they need to competently face the legal challenges with which they are presented, and 2) to do my part to try to stop the patterns of domestic violence from continuing. I know that I alone cannot stop domestic violence, but I am confident that I will be able to use my passion and my first-hand experience to make a positive difference in the lives of my clients, and in the lives of subsequent generations. The only obstacle in my way is law school tuition and fees. It is my goal to finish law school with as little debt as possible so that upon graduation, I can focus upon my career, and not upon debt, and so that I can provide my son the stable and peaceful life that I did not have growing up.

Good Luck to all that Entered

Thanks to everyone who sent in essays. There were several good ones and the selection process was not easy. Best of luck to all of the students.