Accidental Shoplifting: Is There Such a Thing? 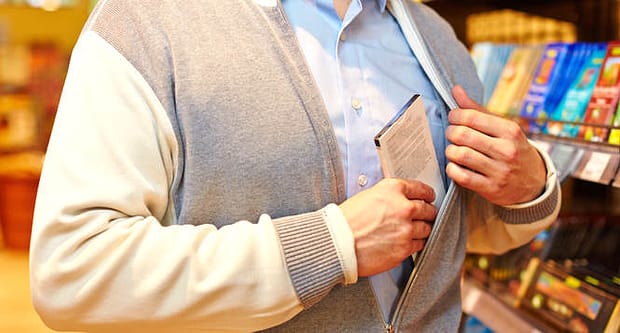 Accidental Shoplifting: Is There Such a Thing?

It often seems like a minor crime – just a two dollar candy bar or something small can’t hurt that much, right? However, shoplifting tends to have a ripple effect on other consumers and the rest of the economy. Experts estimate that each American family pays a “crime tax” of about $500 per year due to shoplifting, as retailers raise prices to cover losses.

Even if the items are worth less than $50, it’s a crime and California shoplifting laws may leave you facing a hefty fine, probation or jail time. If you’re accused of shoplifting, you’ll need to work with an experienced California theft attorney to ensure that your rights are respected and to help you defend yourself.

Can Shoplifting be an Accident?

Sometimes when you’re in a hurry, you may grab a few items and go to the checkout. At the checkout you may change your mind about purchasing one of the items and forget to put back up and it ends up in your shopping bag and you accidentally walk out with it.

There are many scenarios that would make taking an item out of the store completely unintentional. And to be convicted of shoplifting, it would require “intent to commit larceny”. Therefore the answer to this question is:

Yes. Shoplifting can be ruled accidental.

You shoplift if you intend to take something that does not belong to you from a store without paying for it, and you do get away with it, or even if you try to but are stopped outside the store by security. It can happen to anyone and there are several reasons people may shoplift:

What Counts As Accidental Shoplifting?

When you think of shoplifting, you probably think of someone sticking a small electronic device into their pocket or a purse and walking out the door with it. Some people will even sneak an expensive item out of the store and then return it for a refund. Some will find a receipt outside or in the trash, go to the store, grab a matching product from the shelf, and then try to return it for a refund.

Others might switch labels on merchandise in order to pay a lower price for a more expensive item – that’s also petty theft.

This defense is common with juveniles or the inexperienced shopper, but may be used for other instances as well. For instance, some people from other countries where the customs are quite different from those in the U.S. may not be familiar with the American way of shopping. The shopper might engage in the same practices here in the U.S. with no intent to permanently deprive the retail/commercial store of that property without paying for it.

As our culture has become one of multitasking, it is easy to get distracted while shopping. Often if we receive a phone call, begin texting, surfing the net, or need to tend to a fussy child (or spouse or parent!), it is easy to walk out of a store and forget that you have picked up an item. Or, a shopper is distressed, distracted or otherwise in a hurry and forgets to put an item back, or take it from their bag before leaving. It was in essence a complete accident.

Generally, Children under 14 cannot be held criminally liable for shoplifting. Small children, who do not understand and appreciate the meaning of theft, may inadvertantly stow away a retail item unbeknownst to the parent. In this case, there is a lack of knowledge, and the alleged shoplifter accidentally walked out of a commercial store without having tendered payment for a retail item, and, thus, cannot be convicted of shoplifting.

Some other common defenses may include: Mental Incapacity, Necessity, Duress, Consent from Owner. As always it’s best to consult a criminal defense attorney regarding the specifics of your particular case.

All shoplifting charges come with consequences. Under California law, shoplifting is treated the same as any other kind of theft – stealing someone’s wallet, for example. It may come with both civil and criminal penalties.

California splits theft into 2 classes based on the value of the stolen items:

The criminal penalties depend on the type of theft and on your criminal record. Cal. Penal Code § 484(a) & 488 PC:

You may be charged with a petty theft “infraction.” That’s the least serious type of charge – most traffic violations are also infractions. If you’re found guilty, you may face fines of up to $250.

You may be charged with misdemeanor petty theft. That carries a mandatory fine of at least $50 and up to $1,000 and the potential for up to 6 months of jail time.

The items were worth more than $950

You may be charged with either misdemeanor or felony petty theft, depending on your history and the circumstances of the theft. You may face up to a year of jail time.

The item was a firearm

You may be charged with either misdemeanor or felony grand theft, depending on your record. You may face 16 months – 3 years in jail.

For most defendants, Penal Code 459.5 PC is a California misdemeanor. The potential consequences of a shoplifting conviction are:

Some defendants, though, may face more severe felony penalties for PC 459.5 shoplifting. Under California Penal Code 459.5, a person who commits California shoplifting with prior convictions can be charged with felony shoplifting and will face the following penalties:

Need of a Good Attorney?

If you or a loved one are facing shoplifting charges in Los Angeles, or Southern California, you need to hire an attorney who has long-standing professional relationships with Judges and District Attorneys, as well as proven track record. Don’t panic. We’re here to help. Get a FREE consultation.