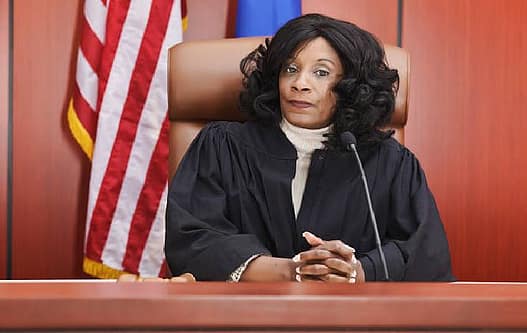 Know Your Rights in Court

As a defendant, you should always be aware of your rights in court.

Knowing when to leverage your rights helps in many circumstances. It leads to lower sentences, dropped charges, etc.

Today, we’ll discuss a common maneuver in court. It’s called an Arbuckle Waiver, and it concerns any defendant being sentenced.

How Does an Arbuckle Waiver Work?

An “Arbuckle Waiver” is a right you choose to give up. Arbuckle Waivers kick in after you make a plea bargain, and it gets accepted.

Basically, you give up the right to have the plea bargain judge be the same for your sentencing.

Plea bargains are arrangements a defendant strikes up with a prosecutor.

In exchange for pleading guilty, you can have some charges dropped while getting a lenient sentence.

But in the event that you do, you get certain privileges…

The Right to a Sole Judge

You might have one (or multiple judges) handling your case. This can be good or bad depending on the judge assigned to you.

As a defendant, you get the right to demand the plea bargain judge be the same as the one for your sentencing.

This called an Arbuckle right.

So with an Arbuckle waiver, you forego that right. Instead, you can choose to allow a different judge to handle your sentencing.

NOTE: In California, you can only leverage an Arbuckle right if your judge retains sentencing discretion or your case.

Why Does This Matter?

Judges carry a lot of discretion in a sentence hearing.

They handle a multitude of information and decisions, including:

With that in-mind some, going for an Arbuckle waiver can spare you a harsh sentence.

This has to do with the judge’s identity. Throughout their careers, judges develop reputations as harsh or lenient in sentencing.

You might be unlucky enough to deal with the former. That is, you might be assigned a trial judge with a reputation for harsh sentences.

It’s a serious consideration. If you find that the judge who oversaw your plea bargain wasn’t lenient, then you might feel it best to give up that right.

But the opposite is also true. Opting for a waiver might be a bad choice if your current judge is likely to give you a lenient sentence.

In that case, instead of going for an Arbuckle waiver, you can choose to enforce your Arbuckle rights.

What Happens if Your Rights are Violated?

Often, the judge handling your case get reassigned to another location. They may choose to go on leave. Or, they may retire mid hearing or plea agreement.

Those all affect your rights. In those cases, you can choose to do the following:

The final option is to withdraw the plea bargain. If that occurs, the case gets advanced closer to a jury trial.

Should You Go for a Jury Trial?

Both aren’t ideal. However, plea bargains are better than trial. In fact, you’d rather avoid that as much as possible.

With a plea bargain, there’s still an element of certainty. You can at least negotiate and reach a deal that lets you move on with life. This is how the overwhelming majority of court cases are resolved.

But with a jury trial, you put your fate in uncertain hands. You risk being given a guilty conviction, and without chance of reduced sentencing.

So giving up your Arbuckle rights for the sake of a plea deal might be a good option – even if it means facing a different judge.

That is, even if the judge is an element of uncertainty, at least the reduced charges negotiated by your lawyer puts you in a better spot.

Going for an Arbuckle waiver and holding onto a plea deal is a good idea if you’re a repeat offender.

If you ever head to trial, the jury will look at your criminal record. And record that pleads guilty or no-contest is going to be much better than a record with a conviction after trial.

And if you’re a first-time offender, an Arbuckle waiver is a good way to do damage control to your criminal record.

An Arbuckle right isn’t something that’s written on paper. It’s an implied right that you can enforce anytime.

So you don’t need to sign a document to guarantee that right. Nor do you need to raise that right in court. It should always be enforced.

And if it gets violated, you can demand it be enforced if the situation calls for it.

However, while an implied right, giving it up requires your consent. Be sure to ask your lawyer on how to proceed with that.

What’s Best for Me?

This depends on your case.

Only a good lawyer can advise you on whether giving up or enforcing your rights is best for you.

That’s something we offer at our law firm. We’ll represent you in court, help you negotiate the best plea deals, while ensuring that your rights are never violated.