Are You Being Targeted for Being From a Marijuana-Friendly State? 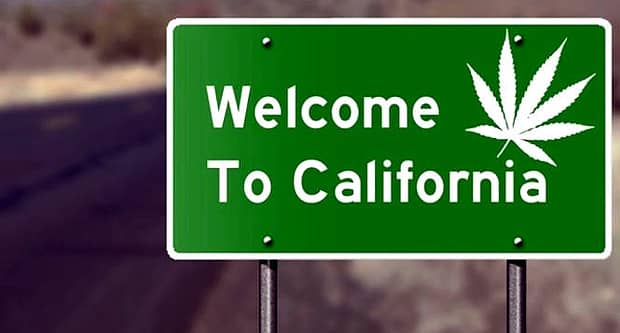 The Current Legal Status of Marijuana

Are You Being Targeted for Being From a Marijuana-Friendly State? Most states that have come to their senses about marijuana have already enacted or initiated sane laws to legalize the use of medical and/or recreational marijuana. However there are still some backwards states in the “flyover” region of the US that may actually target vehicles traveling through with plates from states like California, where the plant has been legalized.

If you’ve been targeted by police simply for being from a state where marijuana is legal, your constitutional rights have likely been violated and you should contact a criminal defense lawyer immediately.

The Current Legal Status of Marijuana by State (2018):

Being from out-of-state is NOT “Probable Cause”

A federal court ruled in the case Peter Vasquez v. Dax Lewis, Richard Jimerson that highway patrol cannot stop a vehicle and search based solely on the particular state displayed on the license plate. The cops argued that Colorado is “a drug source area,” and said the Interstate is “a known drug corridor.” The court didn’t buy it.

“It is time to abandon the pretense that state citizenship is a permissible basis upon which to justify the detention and search of out-of-state motorists, and time to stop the practice of detention of motorists for nothing more than an out-of-state license plate.” ~ Judge Carlos Lucero

However, even though it has been ruled in courts that cops can’t pull you over just because your state has legal weed, what’s to stop them from doing it anyway?

Unfortunately, it still happens. Some motorists have had their vehicles searched for hours, due to an alleged “marijuana scent”.

Since the legalization of weed in more progressive states, several civil lawsuits have cropped up alleging unfair, discriminatory treatment while traveling through the Midwest. Because one’s state of origin is not a protected class in the eyes of the law in the same way race, ethnicity, sex, age, or disability is, it is still not considered as serious for the police to profile out-of-state travelers.

In fact, Nebraska and Oklahoma state legislatures have attempted to challenge other state’s laxed marijuana laws, alleging that since the legalization of marijuana, the drug is flowing through their own state highways more often. Until there exists a federal court case and subsequent changes in federal law dealing with state-of-origin profiling, it’s likely this pattern will continue, especially in the middle states like Kansas, Nebraska, Oklahoma and Texas.

Regardless, it is a violation of your 4th amendment rights which protect you from illegal search and seizure.

What You Should Do When You Are Being Targeted for Being From a Marijuana-Friendly State?

Be very careful when traveling through the middle of the country. Also be careful at airports. Often, the police employ drug dogs at the airport and your prescription is not considered legal at the federal level, even if it is in your state.

If you’ve been cited or arrested on the basis of what you believe to be an unlawful stop, your best bet is often to defend against any charges brought against you. A criminal defense attorney with extensive knowledge of state and federal drug laws is your best bet for getting a case against you dropped. They can contest the charges on Fourth Amendment grounds, alleging that the police had no probable cause.

In addition, you may want to consider filing a civil lawsuit of your own.

Have you been wrongly profiled and arrested simply for being from California? Have been arrested for a drug charge in the greater Los Angeles area? We cannot stress enough the importance of consulting and retaining a lawyer to protect your rights, privacy and future.

Seppi Esfandi is an Expert Los Angeles Criminal Defense Attorney who has over 20 years of practice defending a variety of criminal cases.