What is ‘Attempted DUI’ in Los Angeles California? 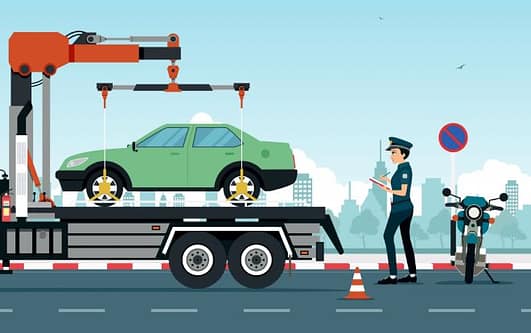 Attempted DUI is not possible I hear you saying..

Well, under California law it is.

“[a]n attempt to commit a crime consists of two elements: a specific intent to commit the crime, and a direct but ineffectual act done toward its commission.”

Section 21A applies to any crime, so long as the Defendant had the intent and acted towards its completion.

When pertaining to driving under the influence, this usually means someone was impaired by a drug or alcohol while operating a vehicle, or someone was found to be driving with a blood alcohol concentration (BAC) over the legal limit of 0.08%.

This is an unusual charge and may only arise in unique circumstances. For instance, a driver sits in the front seat, starts the car but gets stopped before he/she can operate the vehicle. Or, a driver was initially detained for driving under the influence but is offered an attempt charge in a plea deal.

Another Penal Code attempt clause falls under Section 664. It states in part, “[e]very person who attempts to commit any crime, but fails, or is prevented or intercepted in its perpetration, shall be punished where no provision is made by law for the punishment of those attempts…” Essentially, under this Section, any action made to commit a crime before it is completed—even if that effort fails or is impeded by someone else—is considered unlawful.

To convict an individual of an attempted crime, evidence of his/her specific intent to commit the crime must be proven. For example, driving under the influence is a “general intent” crime, to be found guilty you only need to be driving with a BAC over the limit of 0.08%. Contrarily, murder is a “specific intent” crime as it necessitates you have the clear intent to kill another person (yet if someone is killed inadvertently, the offense would shift to involuntary manslaughter, a general intent crime).

The California Court of Appeals encapsulated this nuance when it codified attempted DUI as a crime in People v. Garcia, (1989) 214 Cal.App.3d Supp. 1, 262 Cal. Rptr. 915. In this seminal case, the defendant appealed her attempted DUI conviction (under Penal Code Section 664 and Vehicle Code Section 23152(a) namely). The singular issue on appeal was whether attempting to drive under the influence could actually be considered a crime.

The Court ruled it could.

The Court of Appeals determined that as Section 664 specifically notes its applicability to any crime, it was not limited to the Penal Code and could be applied to Vehicle Code Section 23152(a), i.e., driving under the influence. In the case, officers witnessed the defendant’s vehicle stopped on the highway with her hazard lights on. The car was in neutral and the engine was “turning over.” The driver was attempting to start the car but was so inebriated that she was unable to do so and simply shifted gear into park. Once the vehicle was completely stopped, the officer arrested her and the charge was ultimately for attempted DUI.

The Court noted that the California attempt statutes had been applied to other offenses outside of the Penal Code previously (i.e., the Health and Safety Code) and that other states had composed statutes making attempting to drive under the influence a crime in its own right.

The Court quoted People v. Meaders, (1989) 148 Cal. App. 3d 1155, 1159 197 Cal. Rptr. 1, which established that the purpose of criminalizing attempt is both to penalize the conduct which would ultimately prove harmful to society, and to allow law enforcement to intervene before such harm has transpired.

Accordingly, the Court decided that the California Penal Code sections covering attempted crimes could be administered in DUI cases. In applying these attempt statutes to the Vehicle Code, the Court in all essence made attempted DUI a specific intent crime.

This is where things get tricky. If attempted DUI calls for the specific intent to drive under the influence, the simple fact that a defendant was drunk may assist in proving he/she did not specifically intend to commit the crime. In its opinion, the Court of Appeals itself understood the paradox, opining:

“In concluding that attempted driving under the influence is a crime in California, we are not unmindful that there might be troublesome questions which will have to be resolved in later cases. In some instances there might be anomalous results.”

This means that a person who is moderately drunk is more likely to be convicted under the attempt statute because he/she is capable of establishing the requisite intent to commit attempted DUI, whereas an individual who is found grievously intoxicated is unable to form such specific intent.

Drivers should be weary, however, as the line between attempting to drive and actually driving is quite thin. It takes only a “slight movement” of a vehicle to establish evidence of the car being driven. See People v. Wilson, (1985) 176 Cal. App. 3d Supp. 1, 8 222 Cal. Rptr. 540. Well, why does it matter? It ultimately matters because the two crimes have very different penalties.

Attempted crimes are punished by one-half of the jail term and/or fine that would have been imposed had the crime been completed; this is true whether charged with a misdemeanor or felony.

Although it is uncommon to be charged with attempting to drive under the influence, sometimes it can produce a more desirable outcome depending on the circumstances (i.e., if negotiated through a plea bargain). On the contrary, an attempted DUI charge can be very troubling for some. For instance, where a defendant has received a prior felony DUI conviction within the last 10 years, he/she is subject to another felony conviction and one-half the felony punishment for attempting to drive drunk. See People v. Cummings, Cal. Ct. App., Mar. 3, 2021, No. C084505.

Always remember things you can try to do to avoid an attempted DUI:

If you are unable to avoid an attempted DUI charge, however, an experienced criminal defense attorney will be able to properly defend you against the charges. Some available defenses include proving there was no act in furtherance of the attempted crime, showing there was no intent to commit a crime and/or displaying an abandonment of the attempt. A charge of attempting to drive under the influence is a serious matter that should be handled with care and precision. It can be just as frightening as its DUI counterpart and demands the same attention when facing a prosecutor in court.