Can I Be Charged With Auto Theft for a Rental Car? 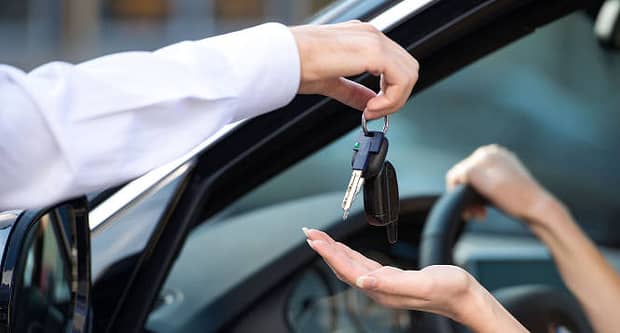 Can I Be Charged With Auto Theft for a Rental Car? A key element of an auto theft crime is what an offender intends to do with the vehicle after taking it. Typically, an offender is guilty of auto theft when he takes the vehicle of another with the intention of permanently depriving him of it.

Deciding later to keep the property an offender originally intended to use temporarily and then return becomes a theft crime at the moment the offender’s intent changes.

The perfect example of this is a rental car you decide not to return. A lawful rental becomes a theft crime the moment you fail to return it on time with the intention of keeping it. Most car rental companies will threaten and follow through with felony theft charges within a week of unpaid fees if you fail to return the item.

So, in short: Yes. But it depends on your intent.

You should keep in mind that borrowing a motor vehicle from friends, neighbors or relatives that you do not return to them might also be considered Unlawful Taking or Driving of a Vehicle also called “Joyriding“. It may also be considered “Grand Theft Auto“.

So, before you consider keeping the car you borrowed for longer than agreed, first consider the consequences. If you are not returning the car, you could be prosecuted for and convicted of larceny and theft and end up with a criminal record that could keep you from getting a job or going to school, etc.

California Laws Regarding Charged With Auto Theft for a Rental Car

To be charged with ‘Grand Theft Auto’ for a rental Car in California, several “elements” of crime must be present. To be found guilty, the prosecution must prove beyond a reasonable doubt the following:

Aside from grand theft by larceny, there are several other ways in which a defendant can steal a borrowed car, including:

The elements of a ‘Joyriding’ crime in California are more simple:

So essentially, for California GTA, the offender would need to intend to steal the car permanently or for a long enough period of time to deprive the owner of significant value or enjoyment of it (weeks), but for California Joyriding, VC 10851(A), you just need to have intended to deprive the owner of the car for any period of time (even if it’s just half an hour or less).

What Are The Penalties & Punishment?

Under California Penal Code 487(d)(1), “Grand Theft Auto” can be charged either as a misdemeanor or felony offense. In other words, it is a “wobbler”. The level of the penalty depends on the facts of the case and also your criminal history.

It is usually charged as a felony, and as such, you face a sentence of:

It is rare that Grand Theft Auto would be charged as a misdemeanor (unless the value of the car is worth less than $950).

If you are charged with stealing an expensive car, you can receive an additional consecutive prison sentence, as follows:

Unlawful Taking or Driving of a Vehicle “Joyriding” (Vehicle Code 10851) can be prosecuted as a felony or misdemeanor. First-time offenders are typically charged with a misdemeanor.

The punishment for misdemeanor joyriding is a maximum of:

and if charged as felony joyriding, up to:

Please note, that these state prison sentences can be served in the Los Angeles County Jail under the recent California Sentencing Guidelines.

Also, there may also be increased penalties for any driver with prior Grand Theft Auto or Joyriding convictions.

Do You Have Any Questions about Charged With Auto Theft for a Rental?

If you have rented or borrowed a motor vehicle and have any questions about a late return, or you feel your rights have been violated in any way by the lender, do not hesitate to contact our experienced criminal defense team for a free case review.