Beating a California DUI by Challenging the Blood Test 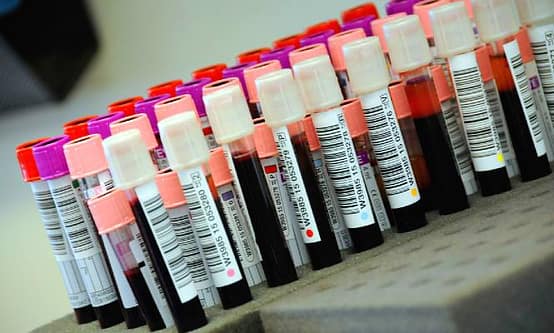 Beating a DUI with an Independent Blood Test

If you have recently been arrested for DUI, you likely know that you stand to lose a lot more than thousands of dollars if you are convicted of DUI. A DUI/DWI charge in California will create a permanent criminal record that can have a serious impact on your future for years to come. Your job, ability to drive yourself places, and reputation are on the line. You can’t afford to sit back and let a DUI charge ruin your life.

One of the strongest defenses to fight DUI charges in California deals with the BAC blood test:

What is a Blood Test?

Blood tests are a common way to measure and prove the presence of a certain substance (usually drugs, alcohol) in the body. But, what most people don’t know is that these tests are particularly flawed because they are prone to a number of errors. The good news about that is due to their fickle nature, blood tests can be challenged in court.

In California, DUI blood testing procedures are outlined in Title 17 of the Code of Regulations. If the outlined rules are violated, the blood test results may be invalid.

Although BAC blood tests can offer reliability in some cases, they have also led to many problems for prosecutors trying to prove DUI cases. An experienced DUI attorney will work to discover any possible problems with the testing accuracy on cross-examination, based on the chemistry that’s involved in analyzing the blood in the sample.

The Fallibility of Blood Tests

Blood tests are fallible in DUI cases— whether there were hospital or technician errors, or administration, storage, and processing issues. Some common mistakes that can produce an unreliable blood alcohol concentration, or BAC reading, include:

What is a Blood Split Order?

In California, a DUI attorney will commonly file what’s known as a blood split order with the court to have their client’s blood sample tested by an independent lab.

This allows your DUI attorney to not have to rely on the crime lab’s results and test it for:

An independent blood test is extremely important to fighting your DUI charge, because, as we are pointing out, there is a whole host of things that can go wrong with blood tests. Here are some of the most common reasons why blood test results are not always accurate for DUI/DWI cases:

The Fallibility of Blood Tests

DUI laws and complicated and intimidating. This can lead many accusers to feel as if they have no choice but to sit back and accept their fate. When you work with an experienced attorney who is well-versed in how the law and the science play together in DUI cases, you will significantly increase your chances of beating your DUI charge. If you have recently been arrested for DUI, contact us today. Let’s talk about your options.