Biking Under The Influence in California 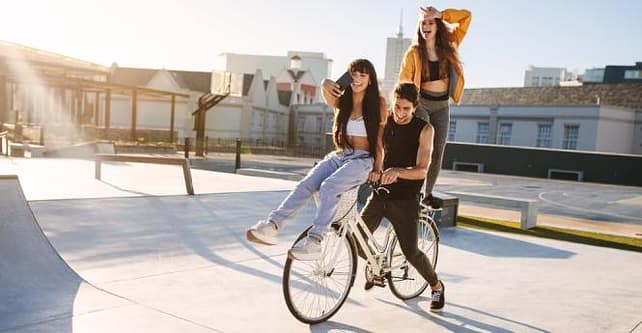 A lot of people in California today are choosing to opt for a bike as an alternative to driving. After all, it helps them avoid the long hours of California traffic jams and get in their daily exercise while also doing their bit to reduce their carbon footprint. Plus, most people usually prefer to ride their bikes when they have taken a drink or two to avoid the ramifications of drinking and driving.

However, did you know that you could actually get arrested for cycling under the influence? Seems a little bit far-fetched, right? But under the California Vehicle Code Section 21200.5 VC, it is illegal for any individual to ride a bicycle while under the influence of alcohol, drug, or a combination of alcohol and drugs.

To be convicted under California Vehicle Code 21200.5, the prosecution will have to find reasonable proof that the defendant:

Though this statute may sound quite similar to driving under the influence laws, there is some distinct difference between these two laws. They include:

In California, an individual will definitely be charged with a DUI if they have a blood alcohol concentration (BAC) higher than 0.08%. However, there is no legal limit of intoxication for cycling under the influence. Prosecutors will usually rely on the testimony of the police officer that stopped you to help prove if you are intoxicated or not.

2. Driver’s license will not be suspended

3. Likely Won’t Be Asked For A Blood Or Breath Test

One of the most common ways of proving if someone was driving under the influence is demanding they take a breath analyzer or blood test. Nonetheless, this is not the case for cyclists. In fact, the right to ask for this test falls on the cyclist, and the arresting has to comply and administer the test once the request is made.

What Are The Risks of Cycling Under The Influence?

It is a well-known fact that drinking alcohol or using a drug affects our cognitive and physical senses. Alcohol and certain drugs can impair your vision, slow down your reflexes, cause drowsiness, and affect your ability to focus and maintain proper balance.

The fact is you need all your wits about you when you are riding a bike. You need to be able to properly steer the bicycle while also maintaining your balance and speed, and you need to do all this while still following the road rules. Taking into account how negatively alcohol or some drugs can affect you, you may not be able to cycle as a reasonably cautious cyclist would while sober.

The Penalties For Biking Under The Influence

Cycling under the influence is a misdemeanor charge and will appear on your criminal record. If convicted, the defendant could be looking at:

Defense Strategy For Cycling Under The Influence

The first thing you need to do to beat this charge is contact an experienced lawyer. They understand the ling of handling biking under the influence charge and can help you avoid getting a conviction. A criminal justice lawyer will help you evaluate the facts and circumstances of your case and help ensure that your charges are dismissed.

They could question the arresting officer’s reason for pulling you over and try to prove whether they were valid or not. If you wish to find out more information on biking under the influence, contact our firm. We would be happy to help.