What is the ‘Brady Rule’ in Criminal Law? 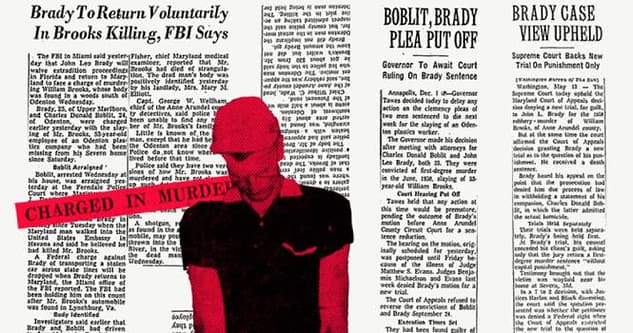 The Brady Rule, named after Brady v. Maryland, 373 U.S. 83 (1963), pronounced that prosecutors shall disclose materially exculpatory evidence in the government’s possession to the defense. The “Brady material” refers to any evidence the prosecutor is required to disclose.

Remedies for Brady Violation Before Trial

There are several remedies for the violation of Brady before a trial of the defendant. First, the defense can move to dismiss the related charges with prejudice before trial. When charges are dismissed without prejudice, then the prosecutor is free to file those same charges again later. If charges are dismissed with prejudice, however, then the defendant cannot be charged again for the same thing, and the case is over.

Second, when the judge denies the motion to dismiss with prejudice at this point, then the lawyer for the defense can ask for other remedies to help restore the injustice caused by the Brady violation. Sometimes a court may include a grant of additional time to investigate the newly disclosed evidence, an instruction to the jury detailing the prosecutor’s violation, the admission of evidence that might not otherwise be relevant or admissible, or even ethical sanctions against the prosecutor.

Remedies for Brady Violation During Trial

If the newly disclosed evidence is strong enough to damage the Government’s case or demonstrate the defendant’s innocence, then the defense attorney may make a motion for a judgment of acquittal. If the motion for acquittal is granted, the judge bypasses a jury verdict, and the defendant is officially declared not guilty on the charges. Another option is to file a motion for a new trial.

The defense may move for a mistrial. If a mistrial is declared, then the trial will immediately end, and the Government will be forced to go through the entire trial process again later.

Once a person has been convicted and the Brady violation is discovered. The defense attorney must file a post-conviction relief. The post-conviction relief may be in several forms. The post-conviction relief may consist of a direct appeal to the conviction, filing a motion for new trial, or a petition for a writ of habeas corpus, depending on what proceedings have already happened in the case. The argument for the defense on behalf of the defendant is the right to due process and fair trial as enumerated in the Fifth Amendment and the prosecution withholding viable Brady material. Once the appeal or motion is granted, the defendant will have an opportunity for a new trial.

The burden of proof is on the defendant to prove that the undisclosed evidence was favorable and material. The defendant must be able to prove that the outcome of the case would be different but for if the prosecutor had disclosed the evidence. See Kyles, 514 U.S. at 433 (1995). Kyles Court stated the “materiality” standard, outlining the four aspects of materiality.

Brady material is relevant for the defense because it may exonerate a defendant who has been wrongfully indicted for a charge that they did not commit. It is so important that any evidence that the prosecution team has that they are obligated to share with the defense. Consequently, Brady cases usually fit into one of three broad categories: The categories are 1) another person committed the crime; 2) an inconsistent statement of another party; (3) reduction of sentence to a lesser punishment.

Another Person Committed the Crime Demonstrated by Evidence

This includes both evidence that points to another specific person as the perpetrator and evidence that would seem to exclude the defendant from the list of suspects. Information that someone else had the motive, means, or opportunity to commit the crime; witness identifications or descriptions of another person; and DNA or fingerprints from the crime scene that do not match the defendant would all fall into this category.

Inconsistent Statement of Another Party

Reduction of Sentence to Lesser Punishment

The reduction of the sentence to a lesser punishment means a justifiable explanation as to why the crime was committed. It would also include any information that would be helpful to the defense under that jurisdiction’s sentencing scheme. For a federal case, this would include any information that could result in a lower sentence under the Federal Sentencing Guidelines.

Once the Brady Rule is applied, it may mean that the defendant will not only have his day in court, but freedom is on the horizon.

Your best chance to avoid a conviction is to contact a competent criminal defense attorney. This is where our firm comes in. Our lawyers can help you identify if using an attorney-backed solid defense is the best option for you and help you use it to get your charges dropped.