Contracting without a License: What Are the Consequences? 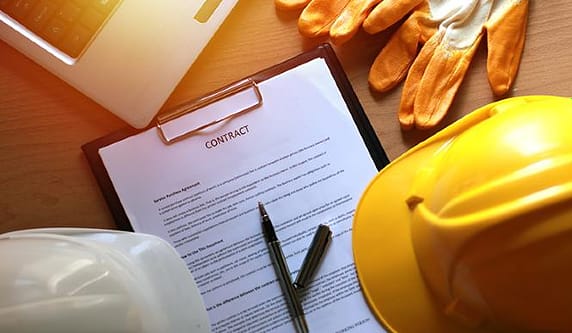 Contracting in California without a License

If so, having a contractor’s license is necessary. If it expires (or worse, you lack one), you can be convicted for a misdemeanor.

Below, we’ll discuss how lacking a valid license is prosecuted in California. We’ll also discuss the best course of action if you’re facing charges.

What Make it a Crime?

Let’s start by defining a contractor.

In California, a contractor is someone who performs a building job. That includes the workers, and those managing the task.

And “property” includes any structural project that develops, excavates, or improves a building.

The California Business and Professions Code (BPC 7028) defines contracting without a license as:

Under the Code, any unlicensed contractor cannot enter a contract.

Unlicensed individuals aren’t allowed to recover money they might be promised for work. As a result, this makes it a crime that harms the contractor as much as the customer.

Without a proper license, a laborer cannot prove their rights to income in court, and they risk being prosecuted doing so.

BPC 7028 defines three crimes as counting for unlicensed contracting. They are:

This includes deceptive or false advertising. It involves individuals and companies misleading consumers about a service or product.

False advertising is charged as a misdemeanor. Those charged by it risk a civil lawsuit (companies included). It’s punished by up to 6 months in county jail, and a fine below $2500.

Individuals cannot attempt to practice medicine (or advertise doing so) without a license. Also, they’re not allowed to diagnose, prescribe, or operate on the mental and physical condition of others.

In California, this is considered a wobbler offense (may be charged as a misdemeanor or felony).

If charged as a misdemeanor, the defendant risks up to a year in county jail, and up to $1000 in fines.

In California, membership in the California State Bar is required for individuals to practice law. Those unlicensed who present themselves as attorneys risk up to a year of county jail, and up to $1000 in fines.

Jail sentences may even reach three years, since BPC 6125 is treated as a wobbler offense.

Those penalties may increase if the individual is suspended, disbarred, or resigned from the Bar for ongoing criminal charges.

Fraudulent Use of Contractor License Numbers

Some individuals opt to use a legal contractor’s license number as their own. Others will use a fake number altogether.

Both are counted as wobbler offenses, where they’re chargeable as felonies or misdemeanors. Here, punishments may reach up to 72 months in jail.

What’s the Penalty for Lacking a License?

The crime is punished as a misdemeanor, and has three sentencing levels.

If the individual is convicted for the first time, they risk 6 months of county jail imprisonment, and up to $5000 in fines.

Second-time offenders risk 90 days in jail, and a fine of either $5000 or 20% of the contracted price (whichever is greater).

Fines and jail sentences aren’t the only punishments for the previous offenses. Defendants should also pay restitution for funds they’ve taken without a contract.

Also, all defendants are sentenced with third-time penalties, assuming their license was revoked prior.

The Best Court Defense on Accusation

If you were accused of violating BPC 7028 (or any of the codes mentioned earlier), we recommend contacting a lawyer.

First, a lawyer is someone you can share sensitive information with. They’ll guide you as to what info you should disclose to authorities regarding your case.

They’ll also guide you to the best possible defenses that can avoid a conviction, or at least result in a reduced sentence.

With a good enough defense, you can get a charge dismissed. The best of those are as follows:

First, you can posit a substantial compliance defense. Here, you’ll need to prove that you were licensed in California before working on the job.

You can attempt to demonstrate good will in that scenario.

That will involve proving lack of awareness of licensing requirements in California. Also, you can present an excuse of being late to renew the license on expiration. It can also include showing a good track record of maintaining proper licensure.

Next, BPC 7028 doesn’t apply to individuals performing contracting work as employees. Instead, the responsibility for legal licensing falls on the employing company.

As an employee, you are still entitled to the wages you earn from the company.

Third comes small work exceptions. Those include minor, casual, or inconsequential jobs. If the work contract was for under 4500, then you aren’t legally bound to BPC 7028.

Finally, you can claim that you weren’t attempting to impersonate a licensed contractor (based on the Business and Professions Code 7026 definition).

Not attempting to act as a contractor lets a defendant avoid charges for lacking a license.

Or maybe you know someone who does? If so, simply contact us. We respond fast to critical issues.

Through us, you can get advisory services for professionals in CA. We can also present you in court if needed.

If you or someone you love has been charged with a crime, do not wait. Contact an accomplished criminal defense lawyer at the Esfandi Law Group. We provide all new clients with a free case review.

Call us to schedule an in-person appointment or submit an evaluation online. When you reach out online, we will contact you as soon as possible.

The skilled Los Angeles criminal defense attorneys at Esfandi Law Group are ready to protect your rights. We will fight hard to reduce or drop the charges against you.