Domestic Violence ‘Related’ Crimes in California That May Surprise You 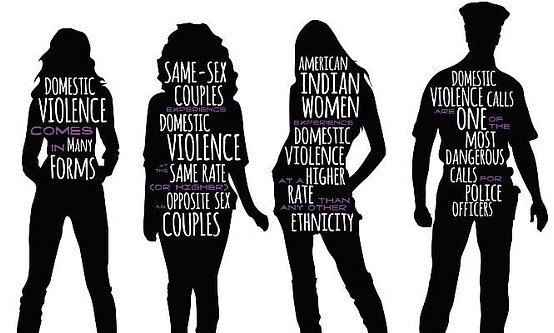 When you think of domestic violence, you likely think of punches, kicks, and other blatant acts of violence. But, there are some things that the courts in California recognize as domestic violence that may surprise you:

If you tell someone you’re going to kill them during a heated exchange—whether you mean it or not, that’s considered a criminal threat in California under PC 422. These threats can be made in person, by phone/text, via email, or in a letter. In California, criminal threats qualify as domestic violence.

This next one goes hand-in-hand with criminal threats. California PC 601 states that if you make a criminal threat to harm someone and then go into their home, a neighboring home, or their workplace within the next 30 days intending to carry out that threat, you can be charged with Aggravated Trespass, whether you followed through with the threat or not.

Stalking is a form of domestic violence under California PC 646.9. If you repeatedly follow, threaten, and/or harass someone to the point that they start fearing for their safety, you can be charged with stalking.

Additionally, if someone has a restraining order against you and you violate it, the law also categorizes that as stalking.

Not all domestic violence happens between partners. It can involve children too. Under California PC 273a, if you behave in such a way that causes harm to a child (directly or indirectly) or threatens the child’s safety or health, you can face Child Endangerment charges.

Consider the following example: you get into a heated argument with your spouse, you grab your child after said argument, put them in the car, and speed away, driving extremely recklessly. It’s likely in a scenario like that, the state would add Child Endangerment to a list of other domestic violence charges.

Under California law, if you fail to provide food, shelter, medical care, and other necessities to a child/children in your care, you are committing domestic violence under the term Child Neglect or Abandonment.

In California, under PC 591, it is illegal to cut, damage, or obstruct somebody else’s phone line. This law can fall under the broader category of doing malicious damage to highways, railroads, bridges, and another person’s electric or cable lines, but it can also be taken in a domestic violence context. This happens if the person cuts the line to prevent their partner from calling for help.

It’s pretty common for a loved one to call the cops in the heat of the moment when emotions are running high. Later, when things have cooled off, the person may have a change of heart and want to drop the charges. Sometimes, they will even admit to the police that they were being dramatic and exaggerated the details or made the whole thing up. In California, this is known as a “recanting victim” and police think such a victim is just making up a new story to protect the defendant because they are influencing them to do so. When this happens, the prosecutor can and most often will still move forward with the case.

Once a Case is Filed, The Judge Issues a Restraining Order to Prevent the Defendant from Contacting the Victim

At your first court appearance, the court will issue a protective— or restraining order. This will prohibit you from having any contact, whether in person, over the phone, or via third parties, with the victim in the case.

Bail for a Domestic Violence Charge in California is $50,000

Under Penal Code Section 273.5, bail for a domestic violence charge is $50,000. This is a large sum of money. It’s a good idea to speak with an attorney before trying to fork over such a large sum because an attorney may be able to get a defendant out of jail on an OR (Own Recognizance) release without having to pay a dime. In order to qualify for OR, the defendant must not be considered a flight risk or potential danger.

Early Intervention is Key to Winning a DV Case

Often, the prosecutors and/or detectives in a domestic violence case only receive the viewpoint of the “victim.” The earlier you can present your side of the story, the broader you make the perspectives of the detectives and prosecutors, and the fuller picture all sides have to consider what really happened and what needs to happen next. The earlier you hire an attorney, the better you will be able to protect yourself from unwarranted charges, making a mistake during police questioning, and being able to present a balanced picture of the situation.

As you can see, there are a lot of things that can lead to domestic violence charges without even laying a hand on your partner or someone else. The laws are complicated and ever-changing, which is why it’s important to speak with an experienced attorney if you have recently been arrested or charged with any sort of domestic violence crime in California.