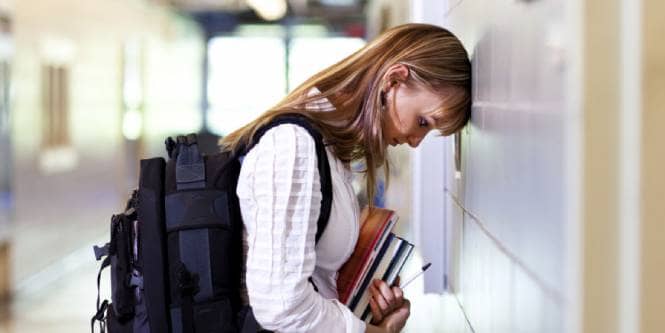 Students in California public schools may be suspended or recommended for expulsion if they: conduct violent crimes, possess drugs or weapons, steal, harass, haze, act obscenely, threaten to inflict bodily harm or destroy school property, all under Education Code 48900 EC. For a student or pupil to be suspended or expelled, the inappropriate behavior must have occurred on school grounds or during school-related events.

Twelve misbehavior actions may result in suspension or expulsion under California Education Code 48900. If a student:

Under this law, a student may be suspended but not expelled if they assist or abet, as defined in Section 31 of the Code, the infliction or attempted infliction of bodily harm to another person. However, a student who has been found guilty by a juvenile court of aiding and abetting a violent offense in which the victim sustained severe bodily harm or serious bodily harm will be subject to punishment under section (a).

For a student disciplined under this provision, a superintendent or principal may provide counseling and anger management as alternatives to suspension or expulsion.

A child may be suspended from school or recommended for expulsion if the school’s superintendent or administrator believes that the student engaged in sexual harassment as described in Section 212.5. This is in addition to the grounds mentioned in Section 48900.

For the actions described in Section 212.5 to qualify as harassment under this chapter, they must be deemed severe or pervasive enough by a reasonable individual of the same gender as the victim to affect the victim’s academic performance or to create a threatening, hostile, or offensive educational environment. Students in grades PreK-3 are exempt from this provision.

In the event of expulsion, what protections does a student have?

Just like any other citizen, students are provided with rights and protections that they need to be aware of in case they are faced with an expulsion case. They include:

Students cannot be punished for conduct directly attributable to their disability. If a student with a disability is reprimanded, they can provide their side of the story and other defense rights.

Every parent must be aware of where to access the state legislation, the district policy, and the school policy for their child since each school district has some flexibility within the state law to establish its code of conduct and impose penalties on the child or the parent.