Can Autopilot be a Defense to DUI? 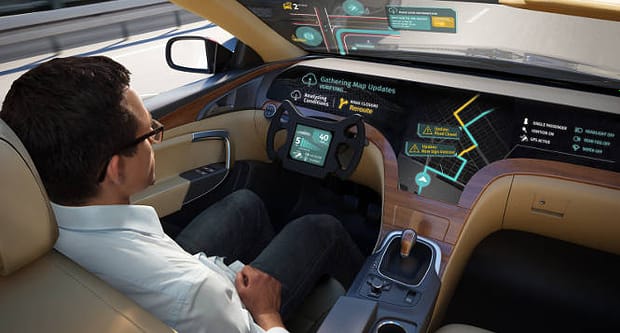 Can Autopilot be a Defense to DUI? The dominance of autopilot vehicles on the roads is just around the corner, because nearly all large automakers are announcing a mass production of robotic cars after 2020. Autonomous, robotic transport has already been recognized as the most safe and effective solution for cars. However, there are still many unresolved legal issues. DUI laws being one of them:

Who should be held responsible for an accident that happens with the participation of a car on autopilot? The owner of the car, the company developed an artificial intelligence system or an automaker that produced and sold the car?

Regulation in the field of autonomous driving transport has both successful and unsuccessful examples. On the one hand, the National Highway Traffic Safety Administration (NHTSA) in 2016 officially equalized a human driver and the electronic system that controls Google’s self-driving car “Waymo”. It is believed that this decision eliminates almost the main obstacle to the development of autopilot.

In December 2015, California authorities promulgated the preliminary rules for autonomous vehicles. Fixing these rules in the form of a law is necessary before any of the vehicles can be sold to consumers. The rules require that drivers, if necessary, be prepared to take full control of their car. This poses a potential problem for Alphabet, since the prototype of their unmanned vehicle initially did not have a steering wheel and pedals.

For now the responsibility for the accident lies entirely on the driver of the car, whether the autopilot is engaged or not.

The rules suggest that drivers remain responsible for compliance with traffic rules, regardless of whether they are behind the wheel or not.

Not all vehicles that are labelled “self-driving” are completely autonomous. They require human input at some point.

Even vehicles that claim to be “fully automated”, such as Google’s Waymo sometimes require human action. For instance, what if the person programming the GPS is drunk and they choose a bad route?

Driverless cars are not fully autonomous, as of yet.

Even the so-called “fully-automated” Tesla sometimes asks a human to take over. The owner’s manual for Tesla’s Model S, 3 and X urges drivers to keep both hands on the wheel even when the vehicle is in autopilot mode.

The driver will be unequivocally guilty of the accident, if he fell asleep at the wheel, was in a state of intoxication, showed bad driving skills or failed to follow traffic rules. But in the case of a car with an autopilot, the situation is more complicated. The autopilot by design creates a system that gives the driver more opportunity to fall asleep at the wheel, and drink alcohol if desired.

The vehicle might be smart enough to get you to your destination, but will it have the logistics to prevent you from making an error while you are under the influence? No.

The issue is more about whether you are still legally responsible for the car, even if you are not technically behind the wheel. Under the current law a person could get a DUI for letting the car drive them home, as long as the person has the ability to control the car.

What if the Self-Driving Car was Hacked?

Unmanned technologies are in a special zone of risk, because as a result of the actions of cyber-terrorists people could be injured or killed. For example, a hacker breaks into the network, and turns off the brakes for an entire fleet of autonomous cars, then accelerates them all at full speed towards other cars or objects. This scenario was a real possibility for engineers at Uber in 2015. They found weaknesses in the software where hackers could access the braking system remotely.

The General Director of General Motors calls cyber threats to autonomous vehicles a central problem of automakers. Some companies, for example, Tesla, Fiat Chrysler and GM specifically encourage individuals to find vulnerabilities in the security systems of their automated machines with rewards if found and reported.

When the self-driving cars roll off the conveyors and appear on the roads, the autopilot will have to “adjoin” with manual control. Accidents can not be avoided entirely – this is a fact. However, when compared to manual control, autonomous vehicles show great promise with far less accidents.

But there are other concerns – with the growth in the number of unmanned vehicles on the roads, manual drivers will likely have a diminishing chance of proving they were not at fault in accidents. The problem is that although the “driver” of a car on autopilot increasingly doesn’t need to closely monitor the road, he still has full responsibility for the vehicle.

Perhaps in the future, everything can change when private car ownership goes into oblivion, and autopilots will become available in the system of ride-sharing services. Then in the event of accidents, corporations such as Google, Baidu and Uber, who will own smart robots, will be responsible for the accident.

If you or a loved one is being charged with a DUI (California DUI Types, VC 23152) in California, we invite you to contact us immediately for a free case review. Schedule an appointment to meet with us in person, or feel free to submit an evaluation online and we will get in contact with you ASAP. We can provide a free consultation in our office located in Century City, or by phone.