Concurrent vs. Consecutive Sentences. What Is The Difference? 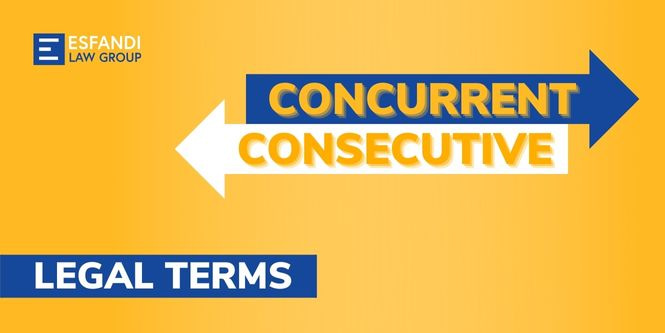 What are Concurrent Sentences and Consecutive Sentences?

Typically, judges have the authority to determine whether offenders guilty of different offenses should get concurrent or consecutive sentences. The choice may arise when a person is convicted of two charges in the same case or when they are already serving time for a conviction but are prosecuted for another crime later.

Although the principle of double jeopardy bars a person from being punished twice for the same conduct, a court in California has ruled that a criminal may be held accountable for cumulative penalties stemming from the same crime if it resulted in several victims. California PC 669 governs the application of cumulative penalties. Rule 4.425 of the California Rules of Judge states that a court must consider the circumstances of the offenses when considering whether to impose a cumulative punishment.

Factors That Lead To a Consecutive Sentence

Because they make a crime worse and make the person who did it more responsible, aggravating factors can make it likely that a defendant will get a consecutive sentence. The United Nations Office on Drugs and Crime lists the following as things that can make a situation worse:

Factors That Lead To A Concurrent Sentence

What are California’s laws?

California’s criminal laws allow for sentences that come one after the other and sentences that come simultaneously. Rule 4.425(a) of the California Rules of Court says that a court looks at several factors when deciding on a sentence. Some of these questions are: The defendant was violent, the accused is a serious threat to the community, and the accused committed an offense while on probation. The court deciding the sentence will also examine the defendant’s past criminal record. During the sentencing phase, a judge can order an accused to serve time in either: a county jail or a state prison.

PC 2933 allows for “good time credit” depending on the accused’s crime. Defendant gets good time credit if they act reasonably in jail. If given, it will help a prisoner spend less time in jail or prison.