Are Consensual Fights Legal in California? 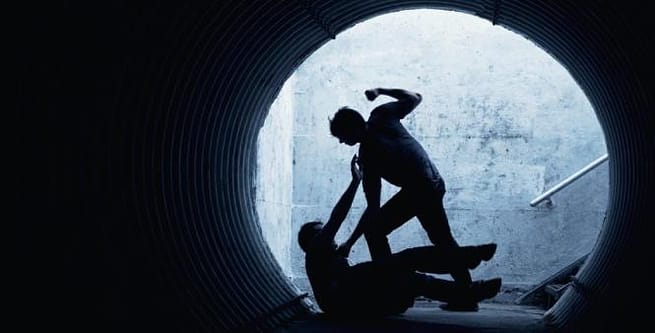 Can I Run a Fight Club?

The old common-law idea that fighting between two adults willing to engage in the activity is essentially ‘legalized fighting’ is a misnomer. Given its origins in dueling, it’s hardly surprising that the idea has been watered down in the modern culture, where aggressive conduct and physical violence are frowned upon outside of strictly regulated sporting contexts.

Judges have difficulty determining who is at fault in cases involving consensual fighting, from contact ‘sports’ like backyard fighting, to frat initiation or gang initiation beatings.

An argument may be made that engaging in a fistfight is tantamount to accepting the danger of possible physical harm to yourself or the other party. If you subscribe to this school of thinking, you can’t truly hold someone responsible for injuries sustained in a fistfight. As its name implies, a street brawl may be rather hazardous. In a fistfight that all parties have agreed to, an individual’s right to self-defense is severely limited.

When Can ‘Self-Defense’ Be Used?

If the other person suddenly pulled a knife or pistol, you might argue you used lethal force to protect yourself when they file an assault or battery charges.

This self-defense tactic is effective when a conflict leaves someone dead or incapacitated.

In most circumstances, you may say you agreed to fight to avoid battery charges (Battery, or assault, is the intentional infliction of physical damage on another person), even if the agreement was implied.

Prosecutors are less likely to press charges if one person’s injuries are minor and aren’t much worse than the other’s, and both acknowledge the fight was mutual. If you tell authorities the fight was mutual, you’re betting the other person will agree with you. If they do not comply with the sentiment, you will have supplied the police with information that might be used against you if charges are brought.

Mutual fighting is illegal; thus, prosecutors might prosecute both parties. Since both parties would claim their Fifth Amendment rights against self-incrimination, it would be difficult to convict either; hence prosecutors don’t usually file charges. Even if both parties claim that the fight was mutually agreed upon, the police would often arrest the participant who sustained fewer injuries and in cases where one participant died.

If the altercation occurred in a public area, both parties might face disorderly conduct penalties under PC 415. If one party was accused or the courts found them guilty of assault or battery, they would have additional penalties. Disturbing the peace may be prosecuted as either a minor violation carrying a fine or a more serious misdemeanor with a sentence of up to 90 days in prison and a $400 fine. It violates the law to engage in or incite a fight in a public area.

If you are to be declared guilty of Disturbing The Peace under California Penal Code 415, then you must do the following:

In California, “Disturbing the Peace” under Penal Code Section 415(1): (3)Specifically, Section415(1), the prosecution must prove each of the following aspects of the crime for a successful conviction:

Everything you say during a street fight may be used against you in the future, regardless of the specific circumstances surrounding the argument. This is a piece of information that you should always keep in mind. If you or someone close to you are under investigation or arrest for attacking someone during mutual combat, do not make a statement to the authorities without first contacting your criminal defense lawyer.