What Crimes are Associated with Animal Abuse in California? 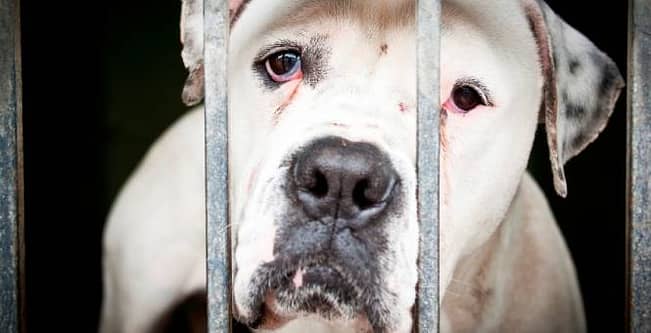 What Crimes are Associated with Animal Abuse in California?

In California, Penal Code 597 PC makes animal abuse illegal, defined as the malicious killing, harming, maiming, or torture of a living animal. 597 PC is a wobbler offense, meaning it can be charged as either a misdemeanor or felony.

The law protects the following:

Some examples of animal abuse include:

When is animal abuse considered a crime in California?

To charge someone with animal abuse or a related crime, the prosecutor has the burden to prove:

Torture is defined as an act, failure to act, or neglect that directly leads to physical pain and/or suffering.

Maiming refers to the disablement or disfigurement of an animal by permanently depriving it of an organ, limb, or other body part.

In order to be convicted of acting maliciously, the defendant must have intentionally committed a wrongful act.

What other crimes are associated with animal abuse in California?

The Golden State has laws against the following:

Cockfighting refers to the fighting or injuring of roosters. You are forbidden from fighting roosters for amusement and/or financial gain in California.

You can be convicted of dogfighting if you:

Leaving an animal in an unattended vehicle (Penal Code 597.7)

Transporting animals in cruel or inhumane ways (Penal Code 597a)

It’s a misdemeanor for anyone in California to transport domestic animals in a vehicle in a way that is considered:

It is illegal to sexually assault animals in California, which is also referred to as bestiality or zoophilia.

In California, it is a misdemeanor to:

However, it is not considered a crime to use poison in order to control animals that are predatory.

Unlawful tethering of a dog (Health and Safety Code 122335)

You cannot tether dogs to stationary objects, such as trees, light posts, or anything else in California.

This law applies to animals that are:

Under the act, the United States Department of Agriculture (USDA) sets minimum standards for the handling, care, treatment, and transportation of the above-mentioned animals.

According to the 28-hour law, vehicles transporting certain classes of animals must stop every 28 hours and provide exercise, food, and water to the animals. Turkeys and chickens, and other birds, are exempt from the law.

Under The Humane Slaughter Act, no animal shall be stunned into unconsciousness before it is slaughtered. Most birds, such as turkeys and chickens, are exempt from this law.

PACT applies to mammals, birds, reptiles, and amphibians and bans the intentional:

The law also bans so-called animal crush videos, which include photos, videos, and other digital recordings and images that depict animal cruelty.

If you’ve recently been arrested for an animal abuse charge, The Esfandi Law Group is here to help.