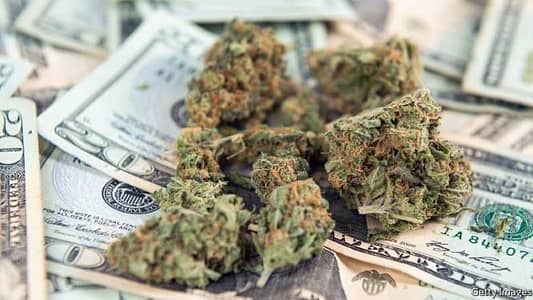 It is a commonly known fact that the possession of a certain amount of marijuana by anyone over 21, intended for recreation purposes, is legal in California.

Nevertheless, while having 28.5 grams of marijuana or 8 grams of concentrated cannabis (hashish) may not get you into legal trouble with the state anymore, the state still keeps a very keen watch on the selling of marijuana.
The California Health and Safety Code Section 11360 HSC makes it a criminal offense to sell, give away, furnish, import into California or transport for sale a usable amount of marijuana, or any other marijuana concentrates like hash oil, hashish, or marijuana edibles without a state license or any other locally demanded licenses.

You should note that one can still face charges under California Health and Safety Code 11360 HSC if they never possessed, held, touched, or delivered the marijuana. You can also be charged under this statute if you do not receive any monetary value for distributing the marijuana. As long as the defendant obtained something of value during the exchange is enough to get them prosecuted under this law.

The sentencing you receive for selling marijuana in violation of California Health & Safety Code 11360 HSC will depend on several factors. If you simply gave away or transported for sale, 28.5 grams or less of marijuana. This will be charged as an infraction and will result in a $100 court fine with no jail time.

However, if the defendant fell into any of these categories. The charges are automatically elevated to a felony. The categories include:

These individuals will be sentenced to:

For the defendant to be prosecuted under California Health and Safety 11360 HSC, the prosecutor must provide solid evidence supporting the following elements:

Remember to be prosecuted under this statute. The defendant doesn’t need to have possessed, delivered, or even touch, the marijuana in question. All the prosecutor has to prove is that the defendant had some form of control over the marijuana.

If you are facing charges under California Health & Safety Code 11360 HSC, you should know that there are defense strategies a criminal defense lawyer can use in court to get your charges dismissed. Some of these defenses include:

Was Unaware of The Presence of Marijuana

The Californian police often run undercover sting operations to try and catch illegal sellers of marijuana. If the undercover officer was excessively persuasive in encouraging the defendant to commit the stated crime. This can serve as an effective defense to get you charged under Health, and Safety Code 11360 HSC dropped.

When facing charges under HSC 11360, the best decision you can make for yourself is hiring a criminal defense lawyer, like Seppi Esfandi. Esfandi has a lot of experience handling marijuana-related cases, which puts him in the best position to confidently argue your case and get you the best outcome.