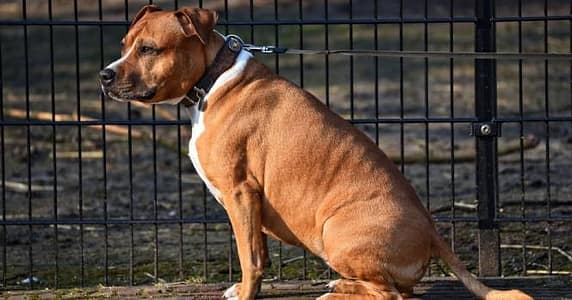 Unlawful Tethering of a Dog – Table of Contents

It is unlawful for a person to tether, fasten, chain, tie, or restrain a dog, or cause a dog to be tethered, fastened, chained, tied, or restrained, to a doghouse, tree, fence, or any other stationary object, for longer than a reasonable period, unless authorized by exemption, or lawful permittance by the any State agency regulating animal control.

What is the mental state required for a violation of Health and Safety Code 122335 HSC?

The violation is a general intent crime. A general intent crime requires that the accused intends to do the act on purpose and is consciously aware of the means necessary to complete or achieve the result. As applied to Health and Safety Code 122335 HSC, the State only need to, beyond a reasonable doubt show that the accused intended to tether, chain, tie, fasten or restrain a dog or specie of the canine family; and intended the dog to be as such to a doghouse, tree, fence or other stationary object; and it was purposeful to do the act for an unreasonable time without authorization by a state animal control authority; or without exemption; despite any indication that the person knew the conduct was unlawful.

What is the definition of the term person under Health and Safety Code 122335 HSC?

As defined under Health and Safety Code 122335, a person is any individual, any legal entity, trust association, as well as any agent of any legal entity that can be registered as a business entity with the Secretary of State.
What is the definition of the terms tether, chain, tie, fasten or restrain under Health and Safety Code 122335 HSC?
Anything that prevents the freedom of movement of the animal, not some much in a designated property, but to travel the diameter of the property it is relegated. If the animal is confined to a property, it must be allowed to freely move in a sufficient portion necessary to defecate, eat, drink and retain sufficient movement: unless the animal has a confined space on the property with a doghouse with a water bowl and kibbles.

What is regarded as an unreasonable time period to trigger a violation of Health and Safety Code 122335 HSC?

The definition of unreasonable time is anything extended a 24-hour period without walking the animal, unless otherwise permitted by state agency animal control; and there are no indications of a dog house or identifiable quarters maintained for the dog’s daily needs.

What are exceptions to a violation of Health and Safety Code 123355 HSC?

What are examples of a violation of Health and Safety Code 122335 HSC?

Unlawful Tethering of a Dog – Hire Us