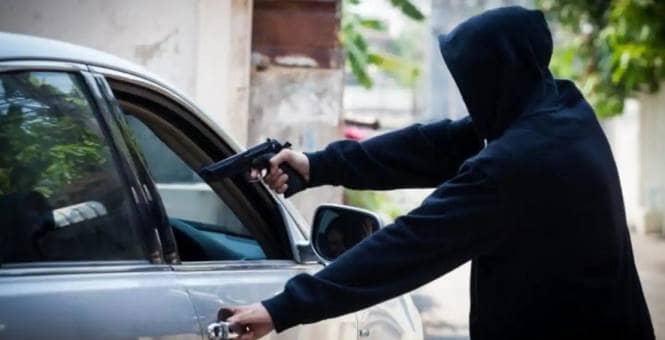 Assault with Intent to Commit Felony – Table of Contents

Assault with Intent to Commit Felony, California Penal Code 220 PC, under California law is defined as the offensive touching of another person plus the intent of committing a serious felony such as mayhem or a sex crime. Notably, PC 220 is just one example of how crimes can be very complicated, particularly crimes against the person.

Specifically, to understand PC 220, you must understand the elements of assault as well as the serious crimes that would trigger a charge under PC 220.

First, assault as defined under CA Penal Code 220 PC is the application of force upon someone. Moreover, the contact must be offensive or harmful to a reasonable person. Notably, the contact does not have to be direct (contact with a victim’s clothing is sufficient) nor does the contact have to result in pain or injury.

Second, PC 220 requires the assault occur during the attempt or commission of one of several enumerated felonies. The list of felonies that trigger a charge under PC 220 is quite exhaustive and covers many types of sex crimes as well as mayhem, which is defined under CA Penal Code 203 PC as maliciously disabling or disfiguring a person.

Certainly, being falsely accused any crime, particularly a sex crime is stressful. Moreover, there are significant social and economic consequences of convictions, as well as mere allegations. The best defense against any criminal charge starts with the assistance of an experienced criminal defense attorney to explain the charges, particularly when the crimes are complex like ‘Assault with Intent to Commit Felony’.

The penalties for a conviction under CA Penal Code 220 PC, Assaults with Intent to Commit Felony PC, are quite severe. All charges under PC 220 are felonies.

Generally, a conviction under PC 220 will result in a sentence of two, four or six years in state prison. However, section 220(a)(2) covers assaults of victims under the age of 18 and provides for a harsher sentence of five, seven or nine years. Notably, a conviction under PC 220(b) which requires an assault during a residential burglary with the intent to commit rape, sodomy, oral copulation or other sex crimes could result in a sentence of life imprisonment with the possibility of parole.

Needless to say, the sentences are harsh, and consistent with the public policy of serious penalties for sex crimes. In addition, a conviction will most likely require registration as a sex offender which can severely limit where you are allowed to live, where you are allowed to work, and will put your face and information related to a conviction in a searchable database accessible by anyone on the internet.

Certainly, an experienced criminal defense attorney can help you win your case, but an attorney can also help you avoid a trial by reviewing the strengths and weaknesses of the evidence and help you make an informed choice regarding any plea bargain.

Most importantly, an experienced defense attorney can persuade the prosecutor to drop charges when the evidence is weak, or negotiate for a reduced charge or acceptable plea bargain. Of course, the goal of any attorney is to ensure that you beat your case, but you don’t have to go to trial to win a case. Trials are expensive and stressful, so avoiding a trial by negotiating a favorable outcome will save you time and money.

As with any criminal case, the prosecutor must prove every element of the crime beyond a reasonable doubt. In other words, you can and should win your case without providing any evidence if the prosecutor fails to meet this very high burden. An experienced criminal defense attorney can review the evidence with you and make sure the prosecutor acts ethically and does not violate any of your constitutional rights.

First, as mentioned, an assault can occur even if there is no injury. The crime of assault is defined very broadly under the California Penal Code and can include any touching that a reasonable person would find harmful or offensive, even with the slightest amount of force. Again, an assault does not require injury. As a result, the prosecutor must prove that an assault occurred, and that can include slapping, hitting, punching, grabbing, pushing, or shoving a person.

Second, the prosecutor must prove that the assault occurred with the intent to commit a felony. More specifically, the assault occurred during the attempt or commission of one of the enumerated felonies including mayhem, rape, sodomy, oral copulation. In addition, felonies that trigger PC 220 also include the crimes under CA Penal Code sections 264.1, Rape, Abduction, Carnal Knowledge of Children, and Seduction; and sections 288 and 289, Bigamy, Incest, and the Crime Against Nature.

Being accused, arrested and charged with any crime is scary, especially when the possible penalties are serious. That’s why it is important to retain legal counsel as soon as possible. An experienced defense attorney can help you navigate the complexities of criminal law from the moment of an arrest. Moreover, an attorney can help evaluate the evidence and formulate a winning defense strategy.

Common defenses for a charge under CA Penal Code 220 PC, Assaults with Intent to Commit Felony, include:

More importantly, an attorney can ensure your constitutional rights are not violated either accidentally or purposely by law enforcement or the prosecutor. Not only can your attorney ensure you beat your case, but an experienced criminal defense attorney will protect your rights.

Assault with Intent – Hire Us

If you have been charged with Assault with Intent, it is important to contact a skilled criminal defense attorney right away. Seppi Esfandi is an Expert Los Angeles Criminal Defense Attorney who has over 20 years of practice defending a variety of criminal cases, including PC 220, Assaults with Intent to Commit Felony.