PC 26500 – Selling Firearms Without a License 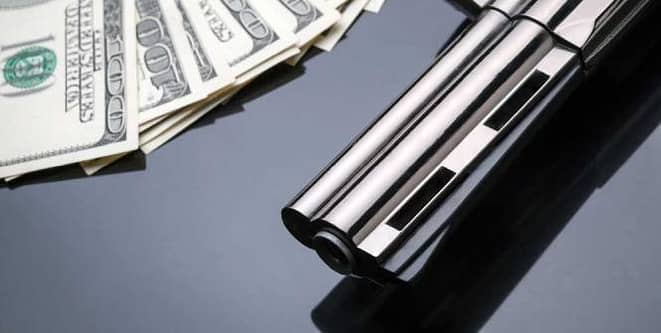 Selling Firearms Without a License – Table of Contents

How is selling a firearm without a license defined under PC 26500?

It is unlawful for a person to sell, lease, or transfer firearms unless that person has a license that complies with Penal Code 26700 PC and Penal Code 26800 PC.

Penal Code 26700 PC is a procedural mechanism, it is a check and balance requisite that everyone wanting to be a firearm dealer in the State of California must adhere to. To sell a firearm you must have clearance from the State and Federal level because of the transportation of firearms.

Penal Code 26700 PC provides that to be a dealer in the State of California selling firearms the applicant must:

What is the purpose of getting a seller’s permit from the California Board of Equalization?

What is a certificate of eligibility as provided from the California Department of Justice (DOJ) under Penal Code 26710 PC?

It is certification stating that you meet the background checks implied from the National Instant Criminal Background Check System. This system will indicate if the applicant has the right to own, sell or buy firearms. If the applicant can meet the requirements the applicant can move forward in getting processed to receive a dealer permit to commercially sell firearms in the State of California.

What is the purpose of Penal Code 26715 PC is this a recording statute for applicants wanting to become firearm dealers in The State of California?

The recording statute is the Deadly Weapons Recodification Act of 2010. The Act amended provisions regulating permits to sell concealed weapons (CCW), in order to make the issuance more discretionary; but it leaves open the option for any licensing or enforcement agency to remove a dealer from the registry if they are grossly negligent in the sale of concealed weapons to others in a grossly negligent matter.

Penal Code 26800 PC is a containment Statute. There are criminal penalties that can be assessed when a dealer possessing a permit does not properly store firearms, firearm accessories and ammunitions as warranted by state and federal mandates.

What are the penalties involved in a violation of Penal Code 26500 PC?

Apart from the possibility of forfeiture of the dealer’s permit, certificate, and license to commercially sell, transport and present firearms in the State of California and the fines and fees assessed from non-compliance; a violation of Penal Code 26500 PC is a general misdemeanor. Punishment includes confinement not exceeding 1 year in jail and fines not exceeding $1000 dollars.

What are examples of violations of Penal Code 26500 PC?

What are defenses to a violation of Penal Code 26500 PC?

If you are charged with violating Penal Code 26500 PC call The Esfandi Law Group.