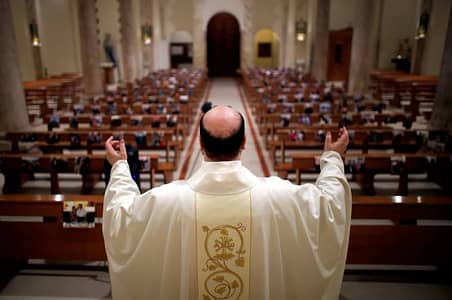 It is unlawful to intentional disturb, disquiets any assemblage of people who meet for religious worship at a tax-exempt place of worship, with profane discourse, rude or indecent behavior, or by any unnecessary noise, including inside the place of worship where the meeting is held, or near that place that disturbs the order a solemnity of the meeting.

What is considered a ‘Religious Worship’ under Penal Code 302?

The Free Exercise Clause under the First Amendment of the United States protects the right of people to associate freely in religious institutions free from state interference, and free from public intrusion so long as the religious institution is registered in the State under some form of a business entity (even if tax exempt) and is lawfully recognized to worship. Furthermore, the Establishment Clause of the First Amendment dictates that all religious practices so lawful organized under any State by charter or petition recognized may congregate without intrusion or intimidation. The Establishment Clause, as it is applied to religious construction is a matter of social maintenance and preservation on church grounds and its curtilage; this means that no person or group of others that under the laws of the United States that can interfere with the peaceful demonstration of religion on designated property to disturb the free flow of thoughts which strain from any methods to facilitate the practice.

What is the mental state required for a violation under Penal Code 302?

Intentional is the mental state required. Intentional is the act of doing something on purpose. When something is purposeful it indicates the conscious acknowledgement of the classification of the act as unlawful and the consensual decision to do the act for an unlawful means no matter the natural and probable consequences of that may derive from its result. As applied to Penal Code 302 PC, the person accused knew that disturbing, or disquieting an assembly of worship, or the people who meet at the curtilage is unlawful; and does so by utilizing profane, rude, indecent behavior, or any unnecessary noise either inside or on the curtilage that ruins the solemnity of the meeting: knowing the act is unlawful and appreciates the natural and probable consequences that result from the act whether completed or not.

What is considered rude, profane discourse and incident behavior under PC 302?

Since rude, profane and incident behavior is vague it is better to find appropriate definitions. There is a reasonable understanding on the nature of the words rude, profane discourse and incident behavior as applied to religious settings. Anything that goes against the grain of decency which prevents the orderly administrative functions of a religious practice in congregation or celebration on lawfully permitted and regulated grounds is considered an overall disturbance. Essentially, it’s any conduct that is not tolerated inside or around a place of worship that ruins the dignity of that religious function.

A violation of Penal Code 302 PC is a misdemeanor. Punishment includes confinement not exceeding 1 year in jail, and fines not exceeding $1000 dollars. In addition, the court may implement community service no less than 50 hours, but no more than 80 hours as an alternative to confinement; upon a second offense the range of community service enhances to 50 to 80 hours. As implied by the victim, and taking into consideration by the court, the accused can be required to conduct all or a portion of the community service at the place of worship or for its members.

What is an example of a violation of Penal Code 302 PC?

Disturbing a Religious Meeting – Hire Us

If you are charged with a violation of Penal Code 302 PC, call Los Angeles criminal defense attorney Seppi Esfandi, principal attorney of The Esfandi Law Group.