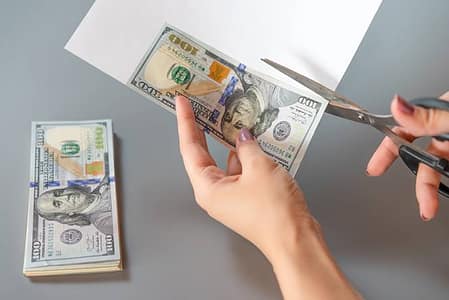 It is unlawful for any person, or business entity, who willfully manufactures, intentionally sells, or knowingly possesses for sale any counterfeit mark registered with the Secretary of State or registered on the Principal Register of the United States Patent and Trademark Office.

Does the act of fraud get committed under Penal Code 350?

Yes. Fraud is inducing another to surrender real property, personal property, a designation of authority or standing based on a misrepresentation of a material fact that causes detriment to another for personal gain.

What is the definition of a mark, as counterfeited, under PC 350?

A trademark, as defined as a “mark”, under Penal Code 350 PC, is any mark, logo, identification or designation that is used in connection with identifying a good or service that is notated as genuine and registered with the United States Patent and Trademark Office (USPTO) for the purpose of conducting commerce which allows people to transact with a business identifying the goods and service exhibiting the mark for value.

For clarification, a mark is a designated reference to a good or service. Therefore, a completed good, or a completed provision of service can only constitute one unit of USPTO identifier which signifies value. And that one unit is noted as one article. Equally, the counterfeit mark must refer to the same. If there is computer equipment, the disassembled parts to those component parts are not associated with the mark unless they are patented as unique and distinguished from the trade. The mark extends not only to goods and services but any accessories, components, manuals, or terms that signify the value.

How does the term “spurious” get associated with a violation of Penal Code 350 PC?

What is the mental state required for a violation of Penal Code 350 PC?

The mental state required for a violation of Pena Code 350 PC is willful and intentionally. Willful means a person does an act on purpose, knowing its unlawful characteristics, and desires its result. Intentional means a person has a conscious desire to do an act on purpose and desires the consequences necessary to achieve the result.
Willful, as a mental state, to be charged with a violation of Penal Code 350 PC, the State must prove that the accused, beyond a reasonable doubt, knew the conduct was unlawful and acted with the purpose to disobey the law. The State does not have to prove the accused had an evil motive.

Intentional, as a mental state, to be charged with a violation of Penal Code 350 PC, the State must prove that the accused, beyond a reasonable doubt, that the accused had a conscious desire or purpose to act in a way to cause a certain result or knew that acting in such a way would procure the results desired.

Are any business entities exempted under Penal Code 350 PC?

A violation of Penal Code 350 PC is charged as either a misdemeanor or felony:

If it is proven beyond a reasonable doubt that the violation involved more than 1,000 articles with the value to be greater than or equal to the threshold for grand theft, punishment includes confinement of no more than 1 year in county jail or 16 months, 2, 3 years in prison; but as a private party the fines not to exceed $500,000 dollars; but as a commercial entity the fines not to exceed $ 1,000,000 dollars.

Any conviction or plea of nolo contendere (plea to the facts but not admitting guilt), a summary forfeiture or criminal forfeiture proceeding can ensue resulting in the confiscation and destruction of all goods and services bearing the counterfeit mark; including all assets utilized to transport, manufacture or advertise the relevance of the counterfeit mark.

If there is community property or an exemption that applies under statute that property will be released to the non-offending owner. If that property is under term of lease, or revocable trust per terms or conditions, that lease and or terms will prevail with the property being sent back to its original status.

What is an example of a violation of Penal Code 350 PC?