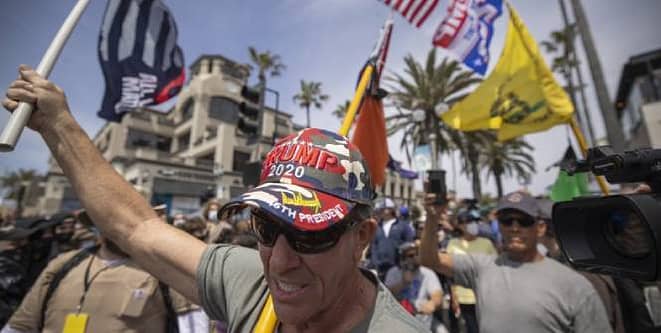 The First Amendment right makes it possible for people to assemble. However, this right only works if the individuals assemble peacefully.

Under the California Penal Code Section 408 PC, it is illegal for an individual to participate in an unlawful assembly. The exact language of the statute states.

“Every person who participates in any rout or unlawful assembly is guilty of a misdemeanor.”

Thus, when two or more people assemble to do a lawful act, they are considered to violate the Penal Code 408 PC statute when the assembly either:

It is a prosecutor’s job to prove that you are guilty of the crime you are accused of. Thus understanding the tactics a prosecutor will use against you will do wonders in helping you in your defense. To get you convicted under the Penal Code 408 PC, the prosecution will have to prove the following two elements:

If the prosecutor cannot prove both of these elements. Then the defendant cannot be convicted under this statute.

There are a couple of defense strategies a criminal defense attorney can use to defend you if you are charged under the California Penal Code Section 408 PC. Let us take a look at some of the common ones.

If the assembly did not get violent at all. Then your attorney can use this to defend you in court. Peaceful assemblies are completely legal under the constitution, and one should not be convicted for them.

The Defendant Tried To Leave The Assembly

It is not uncommon for peaceful assemblies to turn violent. Therefore if you were part of a lawful assembly that turns violent, it is advisable you leave if you do not wish to face legal charges. However, in some cases, you may not be given enough time to leave the unlawful assembly, and you may end up getting arrested.

If this happens to you, your defense attorney can use this as a defense strategy to get your charges dismissed.

The Defendant Was Not Aware They Were In An Unlawful Assembly

A key element of prosecuting a defendant for PC 408 is they need to be aware the assembly was unlawful. If the defendant did not have this knowledge. Then an attorney can use this to argue their case in court.

If you or a loved one happens to be charged for Unlawful Assembly, the best person you have by your side is an experienced criminal defense lawyer. Seppi Esfandi has been defending criminal cases, including PC 408, for over 20 years.

With him on your team. He will do everything possible to ensure you get the best case scenario from your trial case.