PC 499(b) – Unlawful Taking of a Bicycle or Vessel 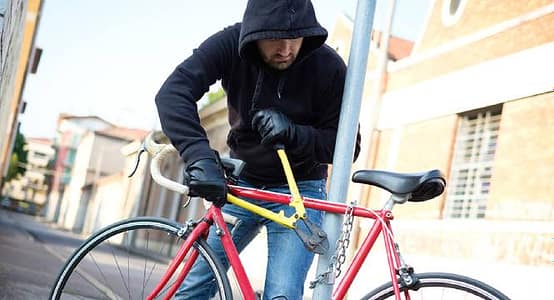 Unlawful Taking of a Bicycle or Vessel – Table of Contents

PC 499(b): Unlawful Taking of a Bicycle or Vessel – Overview

Taking someone else’s bicycle or vessel, without their permission does not sound like a big deal, right? I mean, after all, you were planning to return it in a little while, so what could possibly be the big deal? However, under the California Penal Code Section 499b PC, the unlawful taking of a bicycle or vessel is labeled a criminal offense.

The exact language of the Penal Code 499b PC states:

“Any person who shall, without the permission of the owner thereof, take any bicycle or vessel for the purpose of temporarily using or operating the same, is guilty of a misdemeanor”

In California, a vessel counts as any ship of any size that can be used to transport people or property over water. It includes things like yachts, canoes, ferryboats, rafts, ski boats, or speed boats.

The act of taking mentioned in this statute simply means that the defendant moved the bicycle or vessel no matter how small.

Here are a few examples of cases where someone can be charged with unlawfully taking a bicycle or vessel:

A neighbor or friend sees the new bike you just bought and realizes it is the model they have always wanted. Deciding to see how the model rides, they take the bike on a ride around town. However, since the owner was not around. They chose to take the bike without permission planning to return it later.

An individual decides to impress their significant other by taking them out on their friend’s yacht. But had not asked their friend’s consent before taking out the yacht.

Both these individuals can be charged under Penal Code 499b PC.

PC 499(b): Unlawful Taking of a Bicycle or Vessel – Sentencing

If found in violation of the Penal Code 499b PC, you should know the case will be charged as a misdemeanor. Nonetheless, the penalties you get will depend on the mode of transportation you unlawfully took.
If the defendant took a bicycle, they could be sentenced with:

If the defendant took a vessel, they could be sentenced with:

Crimes Related To Unlawfully Taking A Bicycle Or Vessel:

PC 499(b): Unlawful Taking of a Bicycle or Vessel – Prosecuting

It is the prosecutor’s job to get you convicted. Thus, understanding the strategies they will use during your trial, can help you build a better defense. To get you convicted for unlawfully taking a bicycle or vessel. The prosecutor must prove three things without a reasonable doubt that the defendant:

You should note that prosecutors cannot charge you with both unlawfully taking a bicycle or vessel and theft. Thus, your prosecutor has to choose one or the other. If the prosecutor cannot prove you permanently intended to take the bicycle or vessel to deprive its owner. Then chances are you will face charges under PC 499b.

PC 499(b): Unlawful Taking of a Bicycle or Vessel – Defenses

When faced with charges as per Penal Code 499(b), you should be aware there are a couple tactics a criminal defense attorney can use to get your charges dismissed. They include:

No Intent to Take Bike

There are situations where a person has to move a bicycle or vessel without actually intending to use it. Perhaps your neighbor moved your bicycle without your permission because it was left outside during the night and wanted to keep it safe with the intention to return it in the morning. Since the individual had no intention to use the bicycle, they can avoid being convicted under this statute.

It Was An Emergency

Therefore, if you are facing charges because you have been found in violation of the Penal Code 499b. You are going to need a great criminal defense lawyer like Seppi Esfandi to get your charges dropped, dismissed, or reduced. Esfandi has worked on California criminal cases for over two years giving him enough experience to confidently handle the charges you are facing under Penal Code 499b