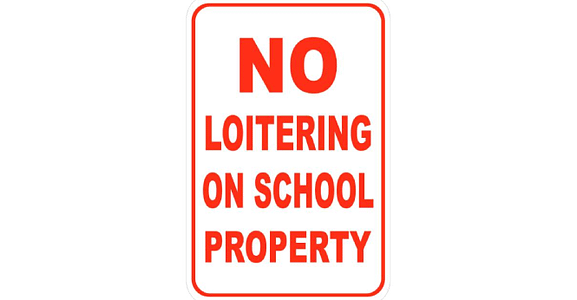 Loitering at a School – Table of Contents

Children are uniquely vulnerable to bad people. Thus most people agree that children or places, where they are commonly found require added protection.

Loitering in California is generally frowned upon. However, when it involves loitering around schools or other public places where children congregate it becomes a criminal offense according to California Penal Code 653(b) PC. This statute bans anyone from lingering, delaying, or idling about a school or public place without a lawful purpose and intended to commit a criminal act if they found the opportunity. This statute can also be used to charge anyone who reenters a school or public place where children ordinarily assemble, within 72 hours after being asked to leave by an authorized official, such as the chief administrative official of a school or a city police officer.

Loitering at a school in violation of California Penal Code 653(b) PC is regarded as a misdemeanor-level offense. However, the severity of the penalties a defendant faces will depend on their criminal history. If convicted for a misdemeanor offense under this statute, the defendant could be facing:

The penalties change if the person disobeying PC 653(b) is a registered sex offender. The defendant could be sentenced as follows:

Crimes Related To Loitering At A School

For the prosecutor to get someone convicted under California Penal Code Section 653(b) PC, they must provide strong evidence proving the following elements of the crime:

If you are facing charges under California Penal Code 653(b), it is your right to question these allegations in court. A criminal defense attorney can help you build the strong defense you need to get acquitted from these charges. Some of the criminal defenses your lawyer can use include:

Had A Lawful Purpose

Had No Intent To Commit A Crime

If the defendant can prove they had no intention to commit a crime if the opportunity arose. They can use this to defend themselves and avoid a conviction under this statute.

Loitering at a School – Hire Us

If you or a loved one are facing charges under California Penal Code 653(b), you need to contact a lawyer as soon as possible. Seppi Esfandi is a criminal defense lawyer with over 20 years of experience handling criminal cases of this nature. With him on your case, you will have a reliable partner ready to put in the work to ensure a suitable outcome for you in court.