PC 67 – Bribery of an Executive Officer 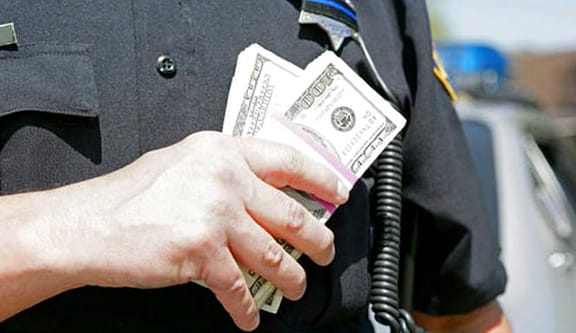 What is PC 67 — Bribery of an Executive Officer?

In California, Penal Code 67 is a state statute that makes it a crime to bribe any executive officer. Police officers and district attorneys are included in the “executive officer” category. Violating this law is a felony and can lead to four years in prison.

The prosecution has the burden to prove the following in order the successfully convict someone under PC 67:

What is a Bribe?

What is Corrupt Intent?

In order to act with corrupt intent, the person must act with the intention of wrongfully gaining a financial or other advantages for themselves or somebody else.

What is an Executive Officer?

Under California Penal Code 67, an executive officer is defined as a government official who uses their own discretion when performing their job duties, including:

There are three powerful defenses against PC 67 charges:

1. The Person Was not an Executive Officer

If the person who was offered the bribe was not actually an executive officer under California law, a violation of PC 67 was not made. However, it’s important to note that bribery is still a crime under different penal code sections, so depending on the exact details, you could still be charged with another offense.

2. The Perpetrator Had No Corrupt Intent

You can only be guilty in these types of bribery cases if you offered the bribe with corrupt intentions to unlawfully influence the officer in question. This means that you can always raise the defense that you did not act with this intent — for example, perhaps you gave the officer something of value as a gift or after selling the item to them in an online transaction.

Entrapment is a common defense against bribery charges. Entrapment happens when a law enforcement official lures a person into committing a crime. This is an accepted legal defense as long as your defense team can prove you only committed the crime because of the entrapment.

As we mentioned, PC 67 violations are felonies under California law and is punishable by:

The crimes related to this statute include:

Can a PC 67 Conviction Get Expunged?

If you or a loved one is being charged with PC 67, bribing an executive officer, we invite you to contact us immediately for a free case review. When you count on the expert criminal defense attorneys at Esfandi Law Group, you are partnering with some of the best defense attorneys in California. We approach each case with expertise, compassion, and dedication. Contact us today for a free case evaluation and let’s start building a strong case for you — your freedom is too important to put off any longer! Contact us today.