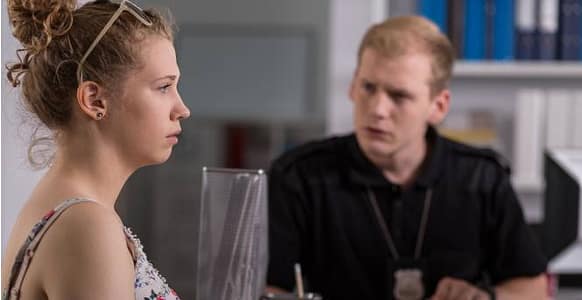 Filing a False Report of an Auto Theft – Table of Contents

What is the definition of filing a false report of an auto theft under VC 10501?

It is unlawful for any person to make or file a false or fraudulent report of theft of a vehicle required to be registered under this code with any law enforcement agency with intent to deceive.

Yes. A requirement for a violation of Vehicle Code 10501 VC is the specific intent to deceive or defraud. An owner of a vehicle has the specific intent to deceive, by stating a vehicle owned was stolen, and making that assertion on a report for an official investigation, to an enforcement agency whose official capacity would be to investigate the allegation.

What are the definitions of false or fraudulent reports of theft under VC 10501?

A false statement and the report to which the statement will be incorporated are distinct under Vehicle Code 10501 VC. The owner of the vehicle can write statements onto a report or instruct another to do the same. Once those statements are incorporated. Allegations of auto theft can be communicated to an administrative agent of any entity that would transmit those assertions in developing an investigative report.

Most reports have a signature designation that request that the author of the allegation offer these statements against perjury or to be subjected to the crime of perjury by their signature. Signing the document itself illustrates the intent to deceive.

What is the definition of a law enforcement agency under Vehicle Code 10501 VC?

Law enforcement agencies, as designated under Vehicle Code 10501 VC are those designated to employ peace officers. A peace officer is any person required to be trained by the Police Officer Standard and Training (POST) procedures who regulate registration procedures of, and crimes against all vehicles registered in the State of California.

What are the penalties for a violation of Vehicle Code 10501 VC?

What are examples of violations of Vehicle Code 10501 VC?

What are examples of defenses for a violation of Vehicle Code 10501 VC?