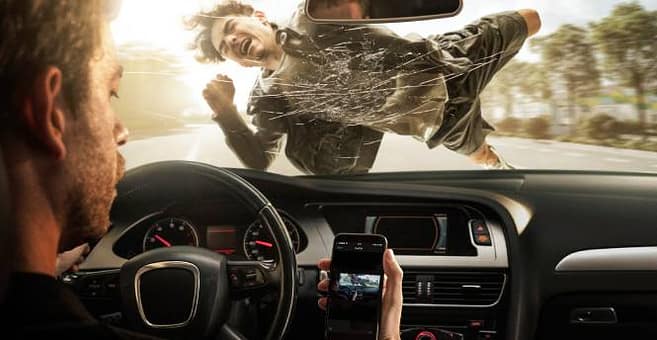 It is a well-known fact that driving with a suspended or revoked license is banned in California and can get you in a whole lot of trouble if convicted. One could get in even more trouble if they were convicted for driving on a suspended license and causing bodily injury to another individual.

The California Vehicle Code Section 14601.4 VC makes it a criminal offense for an individual to drive with a suspended or revoked license and cause bodily injury while doing this. To be charged under this statute, the defendant needs to have had their driving license suspended or revoked for violating one of these statutes:

Being charged for driving on a suspended or revoked license and causing bodily injury in violation of California Vehicle 14601.4 VC is labeled a misdemeanor level offense. If convicted, the defendant can be sentenced to:

If the defendant is being convicted for a second offense, under VC 14601.4, within five years of the first offense, then the defendant will be facing additional charges including:

To get the defendant convicted under California Vehicle Code 14601.4 VC, the prosecutor must provide solid evidence for the following elements:

Facing charges under California Vehicle Code 14601.4 VC does not mean you automatically give up. There are many defense strategies that a criminal defense lawyer can help you out in effect to challenge these accusations in court. Here are a few examples of defenses one could use:

Not Aware Of Suspension Or Revokement

For the defendant to be prosecuted for VC 14601.4, they need to have had prior knowledge that their driving privileges are taken away. Therefore, if the defendant can prove that the DMV failed to send them a notice or that the notice was sent back unread. They can use this to fight these charges in court.

Did Not Cause The Accident That Caused the Bodily Injuries

VC 14601.4 demands that the defendant drive in an irresponsible way which eventually leads to the bodily injury of another individual for them to be convicted under this statute. Thus, if the collision that caused the injuries was not because of the driver’s irresponsible actions but someone else’s. Then they can avoid being convicted under this statute.

Fighting charges under California Vehicle Code 14601.4 VC is much easier if you have an experienced lawyer by your side. Seppi Esfandi has over 20 years of experience successfully defending DUI-related cases. Thus, if you or a loved one is facing charges for driving on a suspended or revoked license and causing bodily injury, you should contact him as soon as possible. Early intervention in these kinds of cases can make a huge difference.