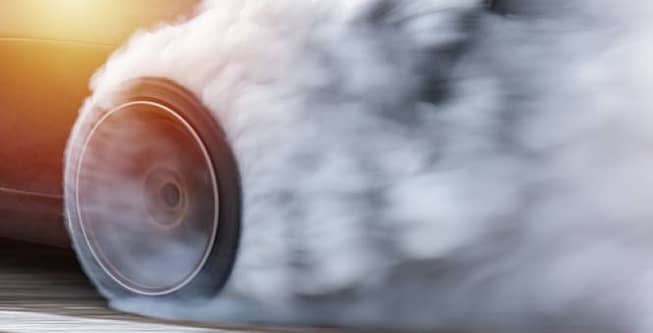 Engaging in Speed Contest & Exhibition of Speed – Table of Contents

What is the definition of engaging in a speed contest under VC 23109?

A speed contest is an agreement between two or more drivers to travel on a path, road, or highway to reach a destination recorded by clock or timer for either vocation or profit where the objective is for competition.

What is the definition of the exhibition of speed under VC 23109?

The exhibition of speed is the illustration of a rate of speed by a driver that exceed the speeds specified on any route of public transport regulated by the CHP and for which requires a driver’s license to operate.

Exhibiting speed, a highway, a vehicle, and a driver defined under VC 23109?

A driver is the person driving the motor vehicle observed violating the Statute. The driver does not need to be the owner. An exhibition of speed is the specific intent to illustrate a dangerous rate of speed while driving a vehicle in view of spectators where the driver desires gratification of the rate speed demonstrated. A highway, as defined under the Statute, is any path created for the purpose for vehicular travel.

A vehicle is any transportation device requiring a license for its operation on public roads, equipped with a motor for the purpose of personal or commercial endeavors.

Does aiding and abetting apply under VC 23109?

Examples of aiding and abetting the exhibition of speed are:

What are the penalties involved for a violation of Vehicle Code 23109 VC?

When a crime can be charged as a misdemeanor or felony it is known as a wobbler. A violation of Vehicle Code 23109(a) VC is confinement of 24 hours to 90 days in jail; with fines between $355 to $1000 dollars- with a combination of both if desired by the court. The Court can an impose community service. In addition, the DMV has the option to suspend the violator’s driver’s license for 90 days to 6 months and can restrict locations of travel.

A violation of Vehicle Code 23109(a), or Vehicle Code 23109(b) where serious bodily injury is caused and the conduct should have been known to cause the injury, penalties include confinement of 30 days to 6 months in jail with fines between $500 dollars to $100 dollars.

If a subsequent offense of Vehicle Code 23109 (b) occurs within a 5-year period of the first offense, penalties include confinement of 4 days to 6 months in jail, with fines between $500 to $1000 dollars. But if the same offense described causes serious bodily injury within the same period, then confinement is enhanced to 30 days to 6 months.

When serious bodily injury is defined as:

When serious bodily injury is caused during a violation of Vehicle Code 23109(a) or Vehicle Code 23109(b) then confinement is elevated to prison time between 30 days to 1 year, with fines between $500 to $1000 dollars. Specifications to this is a GBI enhancement.

What are examples of violation of Vehicle Code 23109 VC?