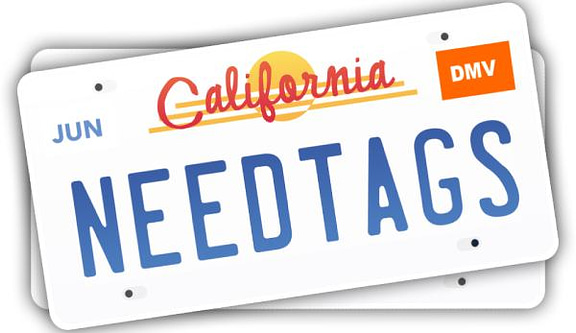 What is California Vehicle Code 4463?

California VC 4463 violations are serious and essentially consist of an individual who tries to falsify Vehicular Documents such as those related to Registration, Ownership, License Plates, or a Special Permit.

There are also related offenses to this charge, such as giving false or misleading information to a police/peace officer or illegally using or falsifying a Special Placard, such as a Disabled Person Placard.

It is important to note that “falsify” does not necessarily mean the document itself is false. The document can be genuine, but it can be illegally misused. For example, suppose you receive for free, (or buy from someone), an actual and genuine Disabled Person Placard from a person who legally has that Placard. If you receive it with the intent to use it for yourself, you both would be guilty of violating the related offense to VC 4463.

Violations of VC 4463 involve attempts to knowingly alter, forge, counterfeit, or falsify documents with a fraudulent attempt to pass them off as belonging to someone to whom it does not legally belong.

The idea here is that the individual is attempting to represent these documents as issued by the actual official department, such as the Department of Motor Vehicles (DMV), when they are not. If you attempt to utter, publish, pass, or try to pass, as authentic and genuine, a false, altered, forged, or counterfeited document, knowing it is false, altered, forged, or counterfeited, you are guilty of a violation of VC 4463.

You can also be guilty of these offenses if you intentionally acquire, possess, pass or attempt to pass documents that might be genuine or issued legally, but use them illegally or fraudulently.

It is important to note that for the purposes of VC 4463, it does not matter if you are the one making, giving, selling, receiving, or using the documents, whether real or forged. Suppose you are knowingly and intentionally doing any of these things for improper and illegal purposes, as described above. In that case, you are guilty of the offenses.

Violating VC 4463 and falsifying Registration charged as a misdemeanor by the prosecution will likely result in the following:

A felony charge for violating VC 4463 can have the following sentence:

There can be other sentencing penalties brought against you as well for related offenses, such as falsifying Disabled Person Placards or documents related to High Occupancy Vehicle Lanes (which allow one to use the HOV Lane if there is more than one person in the vehicle). For example, a person who violates this related offense of falsifying Disabled Person Placard documents is guilty of an infraction and could be punished with a fine of not less than $100 and not more than $250 for a first offense. For a third and subsequent offense, the fine could be as high as $1,000.

In California, these violations are “wobblers,” meaning the prosecution can charge them either as misdemeanors or felonies depending on various circumstances. For example, if you commit one of these infractions once, you may be subject to a misdemeanor charge.

However, if you commit multiple offenses, your charge may be elevated to a felony. Your criminal background, if any, can also affect how you are charged. A first-time offense for fraudulent Registration would likely be a misdemeanor. However, multiple similar offenses, along with an extensive criminal background, would probably elevate the charge to a felony. Ultimately, it is a decision made by the prosecutor at their discretion.

It is imperative that you get an experienced criminal defense attorney who knows and understands the nuances and intricacies of VC 4463 to help in your defense.

As mentioned at the beginning of this article, this crime is one of intent and knowledge. To be guilty of the crime, you must knowingly and intentionally aim to commit the fraud. For example, you must intend to falsify or make counterfeit documents; or you must knowingly sell or pass along, even without being compensated, authentic documents to others that you know intend to use them for illegal purposes.

Typically, in these types of cases, a lot of the evidence is circumstantial instead of direct. (Direct evidence usually involves evidence that clearly implicates the defendant is guilty and committed the crime). On the other hand, while acceptable in California, circumstantial evidence is less convincing in a court of law. This type of evidence may imply some kind of offense, infraction, or crime took place. However, there may not necessarily be enough direct proof that such an offense was knowingly and intentionally perpetrated. In that case, it is harder for the prosecution to prove, and an experienced attorney may be able to plea-bargain with the prosecution to have the charge lessened or dropped entirely.

If you’ve been charged with Vehicle Registration/Certificate Fraud in the Los Angeles area, contact us today for a free consultation. Your freedom depends on finding an experienced Los Angeles defense attorney immediately. The sooner you reach out, the sooner we can work on getting your case drastically reduced or dismissed entirely.

If you or a loved one has been charged with Registration/Certificate Fraud, we invite you to contact us immediately for a free case review.