Criminal Charges at the Airport in L.A. 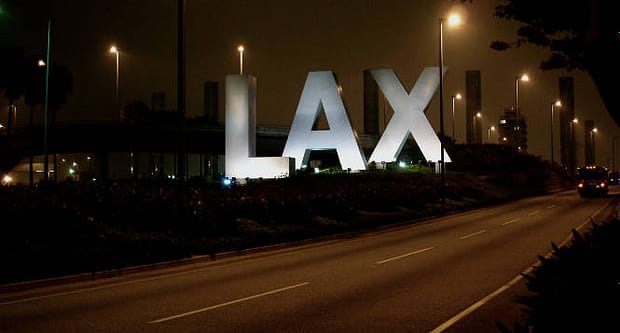 Increased Security and Your Rights

Since 9/11, security has increased in all US airports, but criminal charges at the airport in LA(LAX) can be particularly frustrating due to the high volume of people and more intense screening process. This tightening of enforcement led to closer attention on the part of the Transportation Security Administration, and hence to an increase in the number of criminal offenses occurring at the airport.

If you were arrested for a crime at an airport in Los Angeles, contact criminal defense lawyer Seppi Esfandi. We have a number of case victories after an arrest at local airports, including:

Any crime can be committed at the airport, no matter how minor or serious, but these are by far the most common:

Defending Criminal Charges at the Airport in LA

If you are a tourist or a resident of Los Angeles and were arrested at any airport in the greater Los Angeles area, it is important to hire an experienced lawyer. Airport arrest charges can result in federal charges, or state felony/misdemeanor charges that can lead to imprisonment, fines and a permanent criminal record if convicted.

In many airport arrests, an individual with no prior arrest record is arrested and detained in the county jail. We can assist in helping you get your loved one out of jail.

Obtaining a knowledgeable Los Angeles Criminal Defense Lawyer can make all avenues available for your defense and for attacking the criminal charges against you. An attorney can help you secure the names and addresses of relevant witnesses and obtain video from security cameras in the terminals and elsewhere before they are destroyed or erased.

Were You Arrested for Criminal Charges at the Airport in LA?

If you are faced with criminal charges after being arrested at one of the Los Angeles area airports, you need to hire an attorney who has experience handling these types of cases. Don’t panic. Let us help and get you a FREE consultation 24/7. Call us and get your free consultation today.