What is ‘Criminal Restraint By A Parent’? 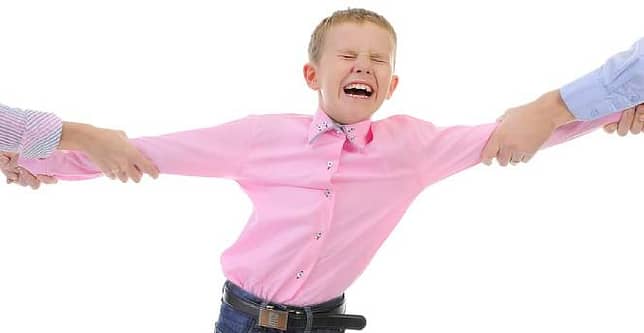 Criminal restraint by a parent in California is often described as ‘parental kidnapping’. What most parents do not know is that they can be arrested for kidnapping their own children.

In fact, in most kidnappings involving children, the perpetrator is usually someone they are related to.

In California, most cases of criminal restraint by a parent usually occur when the parents separate or are going through divorce proceedings. Thus, a person may be accused of criminal restraint by a parent if they take or withhold a child from their legal guardian or they deprive the other parent of their visitation or custodial rights granted to them by a court of law.

If you are suspected of unlawfully restraining your child in California. You can be charged under any of these two statutes that involve child abduction depending on the circumstances of the offense:

Offenses under either of these statutes can either be charged as a misdemeanor or a felony, depending on the circumstances of the cases.

Legal Definition of These Statutes

If convicted for a misdemeanor under this statute, the defendant could be facing:

If the crime is charged as a felony, the suspected parent could be looking at:

The other statute a parent can be charged with for criminally restraining their child is the California Penal Code Section 278.5 PC, commonly known as interfering with child custody. Under this statute, it is illegal for a parent to maliciously keep or prevent another from seeing a child they have custody or visitation rights over. Thus, even parents with sole custody over their children can still be charged with criminal restraint by a parent.

If convicted under PC 278.5, the suspected parent could be looking at the following penalties for a misdemeanor charge:

For a felony charge, the defendant could be looking at:

Exceptions to Criminal Restraining By A Parent

While there may be no exceptions for criminally restraining a child under 18 if you do not have custody. There are some exceptions for choosing to criminally restrain a child in violation of California Penal Code 278.5. If the parent had good faith and reasonable belief that the other parent was going to inflict immediate bodily injury and emotional harm and opted to restrain the child. They may not be charged under PC 278.5.

However, if they do decide to do this, they must do the following within a reasonable time to avoid facing any charges:

The fact is, being charged for criminal restraint by a parent is a very serious offense that can come with some serious ramifications. If you had custody or visitation rights, California’s family court can choose to revoke or change them if you receive a conviction for parental kidnapping.

Therefore you want to ensure you contact an experienced California lawyer to help you deal with these charges and ensure you get the best outcome possible. Our lawyers can offer you a competent review of your case to make certain you have a valid defense to argue the charges.