Can You Get Deported for Drugs in California? 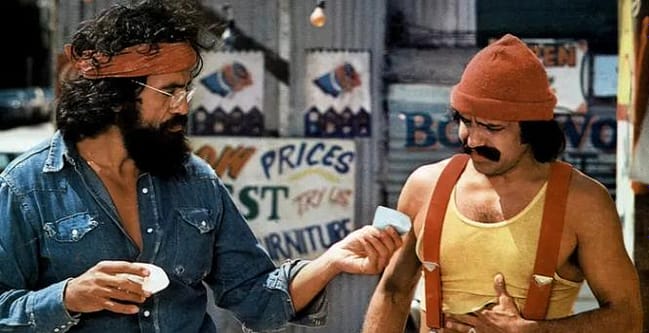 If you’ve been charged with a drug offense in California, immigration consequences like deportation depend on several factors, such as the type of crime you committed and your criminal history.

If you’re a non-citizen living in California and you’ve been charged with a drug crime, you’ll need to know the situations that could jeopardize your immigration status. Drug offenses are serious matters. Immigration law is strict when it comes to drug charges, and there are many moving parts to cases that involve both the criminal and immigration courts.

Knowing how drug crimes can affect your immigration status, and consulting with an experienced criminal defense attorney, will be the best course of action if you’ve been arrested for a drug offense in California.

Drugs Offenses Are Grounds for Deportation

Federal immigration law includes a long list of grounds for deportation, and the courts view certain criminal acts as one of them. The most serious category of crimes is called “crimes involving moral turpitude” (CIMT).

Unfortunately, there’s not one standard list of the offenses that fall under this category. It’s usually up to a judge to make that decision based on the surrounding facts and the nature of the offense. Drug crimes can sometimes be considered CIMTs, but every situation is different.

When you commit any CIMT, deportation and immigration consequences become more likely. A crime of moral turpitude can generally be defined as anything “depraved, that shocks the public conscience, and is contrary to the rules of morality.”

Depending on the circumstances behind your arrest, drug convictions can have strict immigration consequences. Almost any drug crime committed in California can affect your immigration status, and depending on the severity, may result in the following legal actions:

Even a small drug conviction can have serious implications down the road if you ever want to apply for permanent residency or adjust your immigration status.

When Is Deportation Mandatory in a Drug Conviction?

If your drug or narcotics conviction in California meets any of the following factors, you could likely face mandatory deportation:

Additionally, a conviction of any drug crime makes non-citizens inadmissible to the U.S., should they seek to re-enter the country in the future.

When Is Deportation Optional for a Drug Crime?

If you’re living in the U.S. on a green card, visa, or another temporary status, you can face optional deportation for drug convictions and lose your privilege to ever reside in the country again.

In California, drug offenses are some of the most common reasons for removal proceedings. Each year, thousands of people living in California are deported for drug convictions.

If you are convicted of any of the following drug-related offenses in California, you face possible immigration proceedings that could result in deportation:

Having a seasoned attorney can help you avoid removal proceedings.

Ideally, your criminal defense attorney will try to lower your charges or get your case dismissed so you can avoid immigration consequences.

For a long time, marijuana was one of the main causes of deportation in California. In recent years, marijuana laws have become more relaxed, especially in places like California.

If your drug charge involves possession of 30 grams or less of marijuana, and it was determined you were not engaged in any sales, you don’t have to worry about potential deportation. This is one of the few drug exceptions.

Any other narcotics-related offense will be subject to the standard consequences.

When you get a drug conviction expunged, it usually clears your record of any negative consequences that previously came with that conviction.

Unfortunately, under immigration law, expungement does not provide relief from deportation. Even if a drug conviction was wiped from your criminal record, immigration courts don’t allow individuals to use expungement as a form of relief.

Charged with a Drug Crime in California?

If you’ve been arrested on drug charges in California and you’re worried about your immigration status, contact Esfandi Law Group today.

Our team of highly skilled criminal defense attorneys will review your case, fight your drug charges, and help protect your immigration status.