What’s The Difference Between a Civil and Criminal Case? 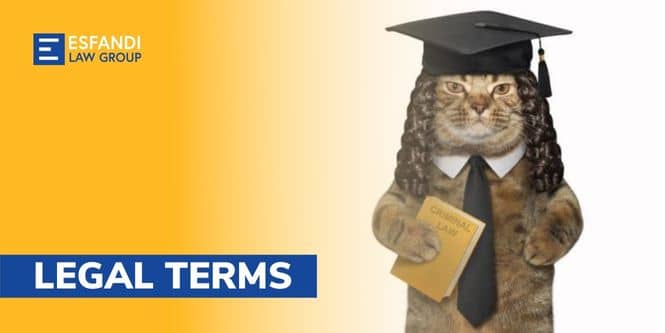 In American law, civil cases and criminal proceedings are handled separately. However, the specific facts of each case determine whether a defendant may face criminal or civil charges in California. In general, crimes against a state or country and crimes committed against people fall within the purview of Criminal Law, a body of rules created to punish or rehabilitate offenders.

Civil law is used interchangeably with common law to resolve disputes between private parties over money or property. In a nutshell, civil law deals with individual rights or interests (such as contractual interests) that have been infringed by another person or entity and require a case filing. The “parties” of a court case are the individuals on both sides of the dispute.

The words for parties in a civil lawsuit action vary from the terminology used during a criminal case.

In civil court, a “plaintiff” files a lawsuit against a “defendant.” Each side in a lawsuit is a “party” or “litigant.”

It’s important to remember that civil proceedings might include various parties on both sides. People, companies, and governments are all included.

The government files charges against a “criminal defendant” in the criminal court system. On behalf of the government, a “prosecutor” or “district attorney” brings criminal charges against the defendant, alleging that they committed a: crime or an act of criminality. Crimes may range from minor infractions to more serious crimes.

Examples of typical civil lawsuits include:

Examples of typical criminal cases include:

To be found guilty in a criminal case requires more than just a shred of evidence. In a criminal trial, the burden of proof is on the prosecution to establish beyond a reasonable doubt that the defendant was responsible for the offense. It is usual for a court to hear such instances and have a jury determine whether or not the prosecution provided sufficient evidence of the defendant’s guilt.
In a civil trial, “a preponderance of the evidence” is sufficient. A judge, rather than a jury, make decisions in most civil matters. Because of this, all the plaintiff has to do to win is show that the defendant was at least partially at blame. Different sorts of penalties need different standards of evidence in criminal and civil trials.

Settlement negotiations or a court trial are the two possible outcomes of a civil lawsuit. In exchange for the plaintiff’s injuries or wrongs, the defendant pays compensation or changes in the status of the parties’ legal relationship.

Cases in criminal court often conclude with a plea bargain between the state and the defendant or with a trial. An attorney for the state may choose not to file criminal charges if the evidence against the defendant is inadequate. A judge will “sentence” a defendant and impose a penalty for the offense if the defendant is proven guilty during the trial. The magnitude of penalties will depend on the nature of the offense but may include the following: penal servitude, fines, reparation for physical harm, or probation. In most situations, a felony conviction will result in worse sanctions than a misdemeanor conviction.

Your Rights In California Civil And Criminal Cases

The 4th Amendment guarantees all people, including criminal defendants, protection against unreasonable searches and seizures. Defendants in criminal prosecutions have the right to legal representation, regardless of their financial situation. If you are found to be financially unable to retain legal representation, the state will do it for you. Defendants have the right to avoid incriminating themselves in court by using their Fifth Amendment privilege against self-incrimination.

Due to the lower standard of evidence and penalties imposed in civil trials, defendants are often not afforded these safeguards. You do not have the right to be represented by an attorney in a civil proceeding. Those who cannot afford legal representation are usually left to represent themselves. At the same time, certain non-profits may be able to provide limited legal guidance in certain situations.

Some activities may lead to civil and criminal lawsuits. The lawsuit seeks to repay the victim or the victim’s family for damages. A person may be sued for assault and battery but arrested and charged with the crimes. Criminal acts may also lead to civil culpabilities, like when someone is charged with murder and sued for wrongful death, often after the conclusion of the criminal trial procedure. In assault and battery, criminal charges are punished by fines, jail time, and other additional punishments.

Related Article: Winning a Criminal Case with a Civil Compromise