What’s the Difference Between a Dismissal and an Expungement? 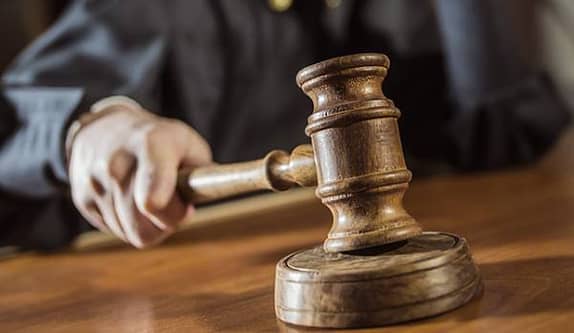 If you are facing criminal charges that can impact your future, you might be wondering how to erase them from your record. Many people do not know the difference between a dismissal and an expungement from your record. But this difference is crucial when it comes to how your record will affect you for the rest of your life.

What Is a Dismissal?

The primary difference between a dismissal and an expungement is the timeline. A dismissal of a case happens before a judge convicts you.

A dismissal can happen quickly after an arrest or before a trial is complete. While the judge might be the one to dismiss the case, in many cases, a case is dismissed through a judge’s agreement with a motion filed by the defendant’s defendant’s attorney.

Common reasons for a case to be dismissed include:

In some cases, a prosecutor will agree to dismiss certain charges, but continue to pursue others. This often happens as a part of a plea deal with the defendant.

When your case gets dismissed, the dropped charges still appear on your record. While charges being dropped is a positive thing, it does not erase the history of those charges being filed.

Any public record search and some background checks will still show that you had those charges brought against you.

Depending on the crime, those charges alone could harm your image.

What Is an Expungement?

Unlike a dismissal, an expungement can only be done after you’ve been convicted of a crime. When a court agrees that a record should be expunged, the actual physical copy of your record is either sealed or destroyed completely.

However, in some instances, the expunged record may still appear when you apply for specific licenses or for federal jobs.

There are some clarifications to keep in mind when you’re seeking expungement. Under California law, the term “expungement” is never used. It can be confusing because California law refers to this concept as “dismissal.”

However, there are more details that distinguish true expungement from dismissal.

What Happens to the Conviction

If you have a conviction on file based on charges brought against you, this will be changed after an expungement.

When your case is “expunged”, the judge will officially dismiss your case. On private records, your case will show that you were “not guilty.” The case is then formally closed to show that you have not been convicted of a crime.

When you apply for any role that requires a background check, you might be asked whether you have been convicted of a crime in the past. In general, if the expunged crime is the only conviction you have had, then you can honestly answer “no” to this question.

If background checks are ever run, they may show that charges were filed and then dropped. This is much better than the alternative. You can also provide a legal copy of the expungement to prove that you do not have an active conviction on your record.

So how do you actually get a conviction expunged from your record in Los Angeles? In California, there is a step-by-step legal process to do so, although it can take a bit of time. After this process is complete, your case can be dismissed and the conviction will be removed from your record.

First, you’ll need to make sure your case is eligible for expungement. There are some convictions that cannot be expunged in Los Angeles.

In general, to be granted an expungement, the following conditions must be met:

These criteria must be met in order to get a conviction expunged from your record. Even then, there is always the chance that the judge will not overturn your conviction.

It generally takes between 90 and 120 days to fully overturn a conviction in Los Angeles. Results are not guaranteed. After your hearing, the judge will formally rule on your expungement. If granted, you are free to live without prior convictions hanging over your head.

What Can a Criminal Defense Lawyer Do to Help?

Prior to a conviction, a criminal defense lawyer can file motions for your case to be dismissed. If you’ve already been convicted of a crime, a defense attorney can work to find grounds for your record to be expunged.

You may be surprised to find out that an arrest could appear on a background check if your charges were dismissed. A skilled Los Angeles defense attorney can help you to find solutions to clear the public record and mitigate the damage from an arrest or conviction.

How to Expunge a DUI in California

Sealing Your Arrest Record Under the ‘Cares Act’

How to Get Your Marijuana Conviction Dismissed and Arrest Sealed

How to Get Your Domestic Violence Case Dismissed

How to Get Your Case Dismissed with a 1381 Demand Letter

Wrongfully Arrest in Los Angeles? Get Your Record Sealed

If you have recently been arrested, accused of a crime, or need your record sealed or conviction expunged, contact a Los Angeles Expungement Attorney today.

Mr. Esfandi is one of the top criminal defense lawyers in Los Angeles and has spent decades fighting for his client’s rights and freedoms. Contact us today for a free case evaluation.