The Difference Between a Federal and a State Charge 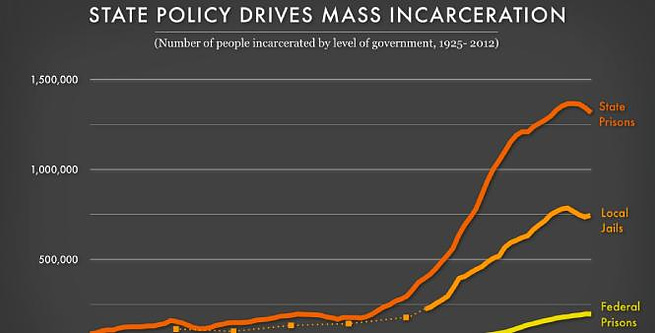 What’s the Difference Between Fed and State Charges?

While state legislatures and attorneys general handle most criminal law matters, federal authorities may step in to prosecute crimes committed in interstate or foreign commerce or on federal territory. Like in most other states, criminal cases in California are heard in state court. In rare instances, however, federal charges may be brought against individuals for specific law violations. You must find a criminal defense attorney licensed to practice in federal and state court if you face federal accusations.

Law enforcement makes sure that people pay their state fees. The state has jurisdiction over these charges, which means they have the power to settle the case in court. The California State Penal Code, which lists crimes in the state, has most of these laws. Some of the common state charges are:

The United States Code is a compilation of federal laws and criminal statutes approved by Congress. However, the California Penal Code contains the state’s criminal legislation. While there are certain similarities between the federal code and California’s, there are also other areas where the federal government places a greater emphasis, such as:

Fraud comes in many forms, some of which are:

Federal accusations can have heavier consequences than state ones, especially drug offenses.

Distinct Judicial Systems: A person accused of a federal offense will be prosecuted by the United States government rather than the state government since federal law supersedes state law. The jury trial process is fairly standard throughout state and federal jurisdictions, although some key variances exist. Each jurisdiction, whether a state or the federal government, has its system of courts, procedures for deciding cases, punishments for various offenses, and prisons for those found guilty. For this reason, whether you’re being prosecuted in federal or state court, you should have counsel familiar with the local legal system.

Conventions And Regulations: Federal criminal cases follow somewhat different processes than state criminal proceedings. For instance, when you’re charged with a federal felony, the government has likely already done its research and has a reasonably good case against you since a grand jury must indict such cases. Procedures for charging you with state crimes may vary, depending on the nature of the offense, and may or may not entail a preliminary inquiry or a grand jury. Your defense team will need to move swiftly and strategically to prepare for trial in a federal case, which means they will have less time than they would in a state case. This also implies that your attorney’s best approach to negotiating a plea bargain or filing a post-trial petition may vary depending on whether or not the matter is being heard in federal or state court.

The Punishments: The fines are one of the major differences between state and federal accusations. When a judge punishes you in federal court, he employs a handbook to determine your punishment. This guide is known as “The Federal Sentencing Guidelines.” While they are not required to apply the guidelines as your punishment, they carefully evaluate it. Additionally, the court analyzes other factors of your case.

State courts have fewer sentencing latitudes than federal courts. Some jurisdictions utilize sentencing guidelines to assist judges in determining an offender’s punishment. In several state courts, mandated guidelines exist. The state may impose a minimum or maximum required penalty for a crime. When this happens, the judge is without discretion. They must adhere to the criteria for sentences. This often leads to improper penalties.

Can one get both Federal and State Prosecution?

Depending on the specifics of the claims, different state and federal charges may be brought up from the same occurrence. You might face federal accusations of wire fraud, money laundering, and tax evasion if your fraud scheme lasted for a significant amount of time. However, you might face criminal charges in California for tax evasion if your actions were motivated by a desire to avoid paying California state taxes.