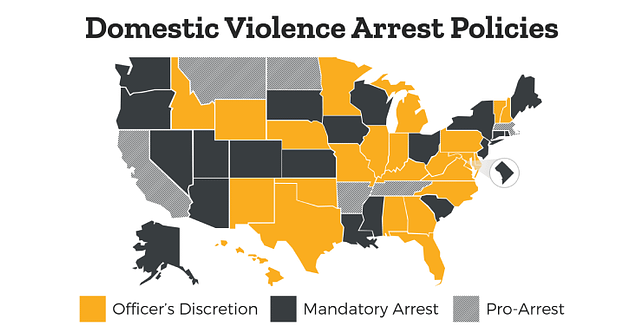 Domestic violence laws in California make it a crime to cause harm or threaten to harm a current or former spouse, co-parent, co-habitant, or another form of an intimate partner. Sometimes, this list also stretches to parents, children, and other relatives.

Under California law, domestic violence is classified as:

The most common domestic violence charges in California include:

If you are convicted of violating California Penal Code 273.5, you will be required to pay hefty fines as well as serve a mandatory sentence in county jail or state prison.

It’s important to note that PC 273.5 does not cover mental or psychological injury.

Although other domestic violence violations may not lead to required jail or prison time in California, arrest is always mandatory if police believe domestic violence has taken place. If an officer has probable cause to believe that someone has abused their spouse, ex-spouse, partner, or family member, the officer is required to arrest them, no matter what. Even if the alleged victim changes their mind and says they don’t want to press charges or they overreacted, the officer will still make an arrest.

The penalties for domestic violence will typically depend on the type of abuse, the defendant’s criminal record, and whether or not a protective order was violated. Here’s a general overview of what you can expect in terms of punishment for common domestic violence-related crimes:

If you have been accused, arrested for, or charged with a domestic violence offense, it’s imperative that you find a qualified attorney ASAP. The sooner you find an attorney, the sooner they can start building your case to have the charges reduced or dropped. Some defenses to domestic violence charges include false statements and/or allegations, self-defense, and the defense of others, say, for example, if you were protecting your children.

Domestic violence charges are very serious, and as such, the penalties are severe. A skilled criminal defense attorney will guide you through the difficult court process and help you get the justice you deserve by finding inconsistencies in the plaintiff’s claims, witnesses to corroborate your side of the story, and defend your rights in court.

Seppi Esfandi is a Los Angeles domestic violence attorney who is a specialist in defending domestic abuse charges like PC 273.5. He is one of 70 hand-picked attorneys to hold the distinction of “Certified Specialist” in 2010, and is ranked among the top attorneys in Los Angeles.