What is a DUI ‘Administrative Per-Se Hearing’ in Los Angeles? 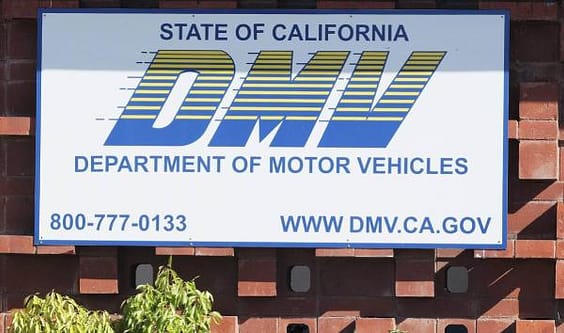 Why does an Administrative Per Se Hearing Matter?

When a driver is suspected of driving under the influence (DUI), the California Department of Motor Vehicles (DMV) has the discretion to bring an action to revoke the person’s driving rights. Typically, the DMV will suspend the driving privileges of a person who was arrested while driving with 0.08 percent or more of alcohol in his/her blood.

A person 21 years of age or under will be subjected to license suspension if driving with a blood-alcohol concentration (BAC) of 0.01 percent or more.

And it only takes 0.04 percent to trigger suspension if driving a vehicle that requires a commercial driver’s license when cited.

If a person is already on probation for a previous DUI and is found to have consumed any alcohol while driving (i.e., maintains a 0.01 percent BAC), he/she will automatically have their license suspended. Anyone who refuses a chemical test following a DUI stop will be subject to license revocation.

After notification, a driver is given the opportunity to make a case as to why the DMV should “set aside” its disciplinary measures. To do this, a motorist must request an Administrative Per Se (APS) Hearing. This request must be made within 10 days of receiving notice of the action (it is best to request an APS hearing immediately after being arrested or detained for any of the offenses noted above).

A driver should be sure to request the DMV forward a copy of the police report and prepare a defense as soon as the application for a hearing has been made. Although the hearing takes place at the DMV and not in a courtroom, it is not to be taken lightly – losing an APS hearing can have serious consequences for any driver.

APS hearings take place at driver safety offices, are recorded and are presented before a DMV Driver Safety Hearing Officer. During the hearing, the driver is:

The purpose of the proceeding is to convince the hearing officer that the measures taken were improper and request that the DMV modify or rescind the action against his/her license.

California Vehicle Code Section 13353, which governs APS hearings, states that the scope of the administrative review should cover:

This means the DMV must demonstrate that the police officer had reasonable cause to believe the person was driving with a blood-alcohol concentration exceeding the legal limit of 0.08% (note: the BAC limit is lower for motorists under 21 years of age, drivers of commercial vehicles and for those already on probation for driving under the influence).

The burden of proof is on the DMV to substantiate its case. However, it is necessary to keep in mind these laws were enacted decades ago by the California Legislature while under immense pressure to bring down the drunk driving rate. Therefore, the statutes have been drafted so if any motorist is believed to have driven a vehicle with a BAC over the legal limit, he/she is per se presumed to be in violation of the law and receives automatic punishment. Although U.S. jurisprudence considers a person innocent until proven guilty, the Administrative Per Se Law reverses the principle by forcing a person to prove their innocence under the assumption of guilt. Standard evidence introduced by the hearing officer includes any breathalyzer results, urine tests, blood work and/or police reports.

The DMV operates under the assumption that all the evidentiary statements and information contained within the police reports are reliable and true, therefore it is incumbent upon the driver to challenge the DMV’s position and demonstrate his/her innocence. Even though the statute allows for drivers to defend themselves at APS hearings, there are few lay individuals who possess the know-how required to succeed at overcoming these various hurdles and presumptions.

Following the hearing, the driver safety hearing officer will make a determination whether to sustain (uphold), modify (change) or set aside (rescind) its original action. If the hearing officer does not believe a driver has properly rebutted the DMV’s case (i.e., finds that the driver was indeed driving while intoxicated), then it may suspend the person’s license in accordance with the following guidelines:

Please note various other penalties may be administered by the DMV and these penalties are in addition to any ordered by a criminal court. Extraneous penalties could include completion of DUI school, filing proof of financial responsibility (Form SR-22) and payment of any application and/or re-issuance fees.

Requesting an APS hearing does not stay the order of suspension or revocation issued by the DMV. Therefore, it is vitally important that a driver appear at the scheduled hearing prepared with evidence, witnesses (if necessary) and the ability to rebut the DMV’s case. It is not required to have an attorney present, but if requesting an APS hearing, it is best to have a lawyer in attendance. A driver has the right to review the DMV’s evidence and cross-examine their witnesses, testify on their own behalf and introduce their own evidence and witnesses. This is a procedure well-known to experienced trial attorneys and being advised by a professional can make a world of difference when it comes to maintaining the ability to drive.

Furthermore, if a hearing officer renders a decision unfavorable to a driver, the driver has a right to request the DMV conduct an administrative review of the decision. A driver can even appeal the decision to Superior Court. However, requests for administrative review or to appeal in court must be petitioned within a certain amount of time depending on the type of hearing and as prescribed by the Vehicle Code. Consequently, it is best to be represented by an attorney knowledgeable in the Vehicle Code, DUI consequences and criminal defense law when facing a driver’s license revocation, suspension and/or an APS hearing.

The First Step to Winning