Can I Get a DUI for Taking Prescription Medication in California? 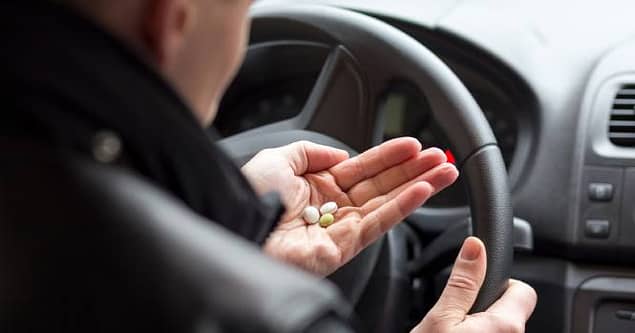 Most people assume they cannot get a DUI for taking prescription medication, but this could not be further from the truth.

The California Vehicle Code 23152(f) makes it unlawful for any person under the influence of any drug to drive a vehicle. Yes, this does include prescription medication.

Here is some information you should know if you ever find yourself charged with a DUI charge for taking prescription medication in California.

To ensure the safety of you and other drivers on the road, the law necessitates that all drivers are competent when they get behind the wheel. This means that they should not be under the influence of any substance that can affect their brain, muscles, or nervous system, substantially affecting their ability to drive as a reasonably cautious person.

Due to the possibility of any of these side effects while driving. One can get charged with driving under the influence of drugs even if the drugs were prescribed to them legally. The most common prescription drugs you can be charged with a DUI for include:

How Do Prosecutors Prove The Suspect Was Driving Under The Influence of Prescription Medication?

Prosecutors usually rely on a drug test to help prove that the driver was under the influence of a prescription drug. However, this can only work if the test was obtained legally. Prosecutors will also use the driver’s admission, if there was any, to prove that the defendant was actually under the influence. However, this confession will only be admissible if it was obtained legally. This is why we highly encourage the driver to exercise their right to remain silent and refrain from answering any questions about any drugs they have consumed when asked by law enforcement during a traffic stop.

However, a competent lawyer can help challenge this evidence and ensure you are not convicted of a DUI for taking prescription medication.

There are several defenses a defense lawyer can bring forward to help get your DUI dropped. They can choose to:

Therefore, if you or your loved one is facing charges for driving under the influence of prescription drugs, we highly recommend you call our firm. We have the experience you need and can expertly review your case to create an argument that will ensure you do not get convicted of a DUI for taking prescription drugs.