How Long Does a DUI Stay On Your Record In California? 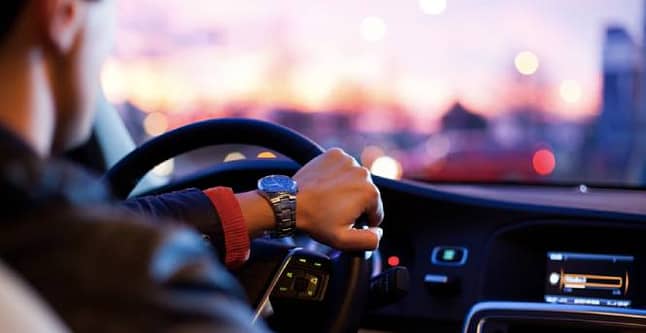 A DUI conviction stays on your record for up to ten years and is visible by the DMV and law enforcement throughout that period.

In California, DUI convictions persist for ten years, and accumulate within this timeframe.

A criminal record is the most significant consequence of a DUI conviction. Getting a DUI in California involves several penalties, including jail time, fines, license suspension, and other ramifications. Your criminal record may be wiped with the aid of a Los Angeles DUI lawyer, depending on how your case goes.

When you meet with your lawyer to discuss the specifics of your case, ask about the expungement process for DUIs and how long the charge will stay on your criminal record. A DUI conviction remains on your record indefinitely if you don’t get an expungement.

Fortunately, if you satisfy the prerequisites, you may be eligible to have your DUI expunged. To avoid waiting to be eligible for expunction, you should try to get the accusations against you reduced or dropped if you have not yet been convicted of a DUI.

Can A DUI Affect Your Employment Chances?

For many individuals, the pressing issue is whether or not they will be able to find work if they are convicted of driving while intoxicated. Having a DUI conviction on your criminal record is a public record, which means that any employer doing a background check will have access to this information. Whether you’ve been found guilty of a misdemeanor or felonious charge, or even if it is your first DUI violation, your work chances may be adversely impacted.

The recruiting process is taken very seriously by businesses and organizations. Potential employees are routinely subjected to background investigations, including inquiries about their criminal past, which are often included in employment applications. However, some individuals with criminal records are accepted in some jobs because of their qualifications and competence, and this is not prejudice but a common practice.

There are specific jobs where employers are more sensitive to this infraction than others. For example, you may be more worried if you work with minors, handle sensitive information, or use a corporate vehicle. However, a DUI conviction may not be as alarming for many businesses. Fortunately, California law provides some protection for job searchers with DUI convictions. As an alternative, they may also have this conviction expunged.

If you have a DUI conviction in the past, you may be eligible to have your record expunged under California Penal Code 1203.4. Several offenses are not qualified for expungement in the state of California. You will no longer be able to disclose your DUI conviction to potential employers, landlords, or other third parties that may want to check your criminal record.

Furthermore, you will be allowed to say “no” when asked whether you have ever been convicted of a crime. It’s vital to remember that the DUI will only appear on your record as a past offense. The subsequent DUI conviction will be treated differently from the first since it will be regarded as a second offense rather than a first. Particular government and law enforcement personnel can still view your criminal background check if they want.

Expunction is only possible if you fulfill the state’s criteria for expunction. To qualify, you must not have spent time in a California state jail or been sentenced to any other kind of community corrections. You may be eligible to have a misdemeanor or felony DUI conviction erased if you satisfy these conditions and submit a petition with the court. The court will examine your case and petition to see whether your DUI should be erased.

Driving records cannot be deleted for DUI convictions due to the general nature of the offenses. Because a suspension or revocation of a driver’s license is considered an administrative punishment rather than a criminal one, it is less likely to result in criminal charges.

To everyone’s relief, efforts to implement a checkbox ban began in California on January 1, 2018. Under this regulation, companies are prohibited from asking about criminal records until the last stages of the hiring process. Organizations and enterprises are required by law to remove the question “Have you ever been convicted of a felony?” from employment applications. It was put in place to encourage companies to concentrate on credentials and competence rather than the prevalent practice of automatically rejecting those with criminal offenses. The ban-the-box law applies to all public or private businesses with five or more workers.