Getting a DUI Charge as an Undocumented Immigrant 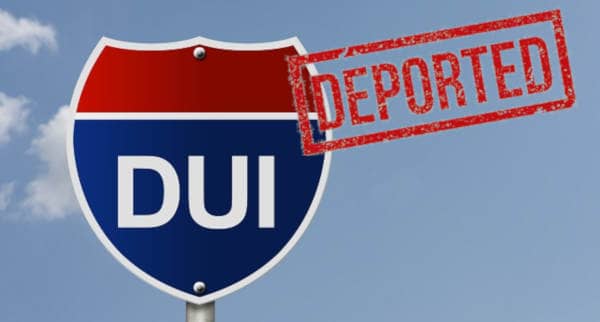 Will ICE be Alerted about Getting a DUI Charge as an Undocumented Immigrant?

Short answer for getting a DUI charge as an undocumented immigrant:

Will You be Deported for a DUI?

While being arrested for a DUI (California DUI Types, VC 23152)
while undocumented will put you at higher risk, there is actually nothing set in stone that guarantees you will be deported. And that’s a good thing.

With a qualified, well-connected defense attorney representing you in your case, you have a stronger chance of not being deported. Despite the current Republican administration’s crackdown on illegal immigrants, deportation is still very costly and time-consuming. Their resources are not infinite, and you can beat it in many instances.

The probability of deportation is the highest in cases involving crimes of moral turpitude. A few examples of these types of crimes are:

ICE categorizes cases as “high priority” and “low priority”. If you have a prior criminal record, you will be more likely to fit into “high priority”. Therefore, your best chances of NOT being deported is a prior CLEAN RECORD.

There is actually nothing set in stone that guarantees you will be deported.

Have you been wrongly accused of a DUI or other crime as an immigrant in Southern California? We invite you to contact us immediately. The sooner you call us the higher your chances are to win your case.

Our experienced and assiduous attorneys will be sure to fight for your innocence and achieve the desired results.

RELATED ARTICLE: THINGS TO REMEMBER DURING A DUI ARREST