Is a DUI Possible on an Electric Scooter in Los Angeles, California? 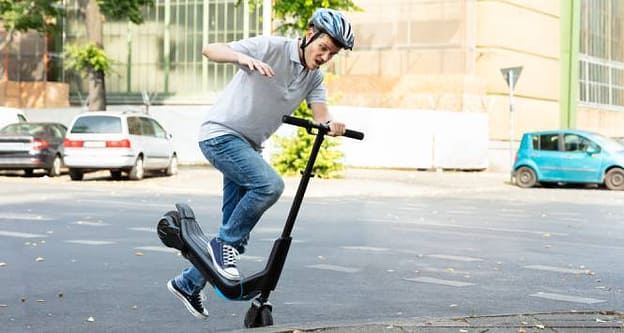 Can You Get a DUI on an Electric Scooter in California?

Suppose that you’re out for a night in Los Angeles with some friends. Perhaps you have a few drinks at a restaurant or bar. In a situation like this, you may feel unsafe to drive yourself home.

Scooter rentals are now abundant in many areas of the city. Rather than paying for a taxi or rideshare service, you might decide to rent a scooter to get home. Many people would see this as a more responsible choice. But this decision could be a mistake.

Can you be charged with a DUI for driving an electric rental scooter under the influence? Yes!

However, many people are unaware that operating a scooter can result in a DUI in Los Angeles. In late 2018, LA prosecutors successfully convicted someone of operating a scooter while under the influence. Below, we will discuss several of the legal issues related to electric rental scooters.

The Legal Definition of a “Vehicle”

California state law includes a very broad definition of the term “vehicle.” Any means of transport that is motorized or self-propelled qualifies as a vehicle under the law.

This encompasses many standard vehicles, including:

This means that motorized scooters also count as “vehicles.” California state law stipulates that it is illegal to operate any type of vehicle while under the influence of drugs or alcohol.

With this in mind, driving yourself home on a scooter after a few drinks is not as safe as you might believe. Riding a scooter under the influence is prohibited by law and could result in a DUI charge.

In some cases, the vehicle does not even need to be running for a DUI charge to apply. Court precedent from the late 1970s determined that steering a vehicle under the influence qualifies as a DUI, even if the motor is not active.

In California, the legal blood alcohol content limit is 0.08. However, a police officer only needs probable cause to make an arrest.

This means that if an officer suspects that you are inebriated while operating a scooter, they can take you into custody. Electric scooters require much more coordination to operate than a standard passenger vehicle. This means that you may present signs of impairment even if you are under the legal BAC limit.

You might be wondering how you could face a DUI conviction if you are under 0.08 BAC. Under California state law, there are two possible criteria for a DUI charge. The first is a BAC level of 0.08. The second is the appearance of or behaviors associated with inebriation.

This second scenario is rarer than the first. Intoxication can be hard to prove in a court of law without an objective measurement.

Still, the police may use this legal standard to make an arrest if they suspect that you are under the influence. If you have been arrested, you should speak with a Los Angeles DUI lawyer as soon as possible.

Consequences of an Electric Scooter DUI

In the aftermath of a scooter DUI arrest, you may be wondering whether you will lose your driver’s license. It is unlikely that your license will be suspended or revoked for an electric scooter DUI.

This is because the state laws of California recognize different types of vehicles. Bicycles and electric scooters are categorized differently than cars, trucks, and motorcycles.

Because of this, a scooter or bicycle DUI rarely results in the suspension of a driver’s license. Still, there are potential legal consequences for this type of charge.

DUI on Probation
DUI with Injury
DUI while in a Parked Car
DUI on a Boat
Will a DUI Affect My Job Application?
Were You a Victim of an Unlawful Police Stop?

Should You Hire a Los Angeles DUI Lawyer?

In most cases, a scooter DUI will result in a fine. The maximum fine for a scooter DUI is $250, according to California state law. The perpetrator may be banned from operating electric scooters for a specific amount of time, as well.

If the operation of the scooter resulted in an injury or accident, the person responsible may be held liable for the resulting damages.

Regardless of the legal outcome, it is not a good idea to operate an electric rental scooter while any type of substance is in your system.

If you have been arrested for riding a scooter under the influence, make sure to speak with a qualified Los Angeles DUI lawyer. A legal professional can examine the relevant facts of your case and help you to determine the best path forward.