How is Emotional Abuse Proven in a Domestic Violence Case? 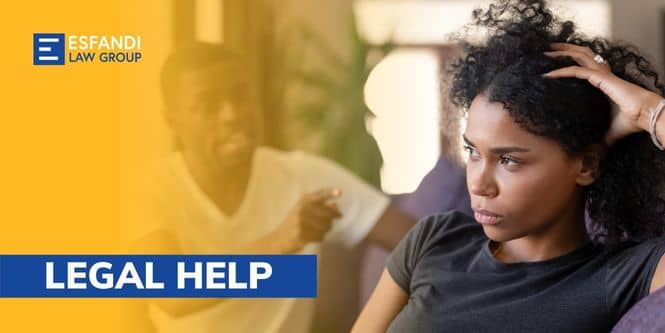 Can Emotional Abuse be Used in a Domestic Violence Case?

Domestic violence is defined broadly under California law and includes emotional abuse, which is often overlooked. Any behavior or language used with the intent to dominate, frighten, or control another person via the use of fear falls under this category. Physical injuries, sexual assaults, threats, stalking, and other offenses not involving physical contact are considered forms of domestic violence under California law.

When a person is threatened with significant physical harm, it is considered emotional abuse if the victim has reason to fear for their safety due to the threat. California law recognizes non-physical forms of abuse because they typically contribute to wider patterns of abuse that aim to dominate the other person through fear. In contrast, the laws of many other states only recognize physical forms of domestic violence.

How to Prove Non-Physical Abuse in Court

Some victims of domestic violence have bruises, scars, and black eyes that they can show in court as proof of the abuse. They have medical records and 911 calls that were recorded. But for people who have been abused in ways that aren’t physical, like verbal, psychological, emotional, or financial abuse, there is often little or no proof other than what they say they went through. So how can these victims prove to the court? Some ways of getting evidence include:

All these actions will help you develop physical evidence to give to the court.

There are actions you may take to defend yourself against these accusations if you have been charged with domestic violence in California and the alleged abuse included non-physical means. Prosecutors must provide evidence to support their claims before they can assert that you violated the law because your spouse felt intimidated. Keep in mind that to establish emotional abuse as a crime, prosecutors must demonstrate the following:

Therefore, a strong defense against these accusations is often made by producing information disproving one or both aspects. A few common defenses are: