Excessive Bail: What Are Your Rights? 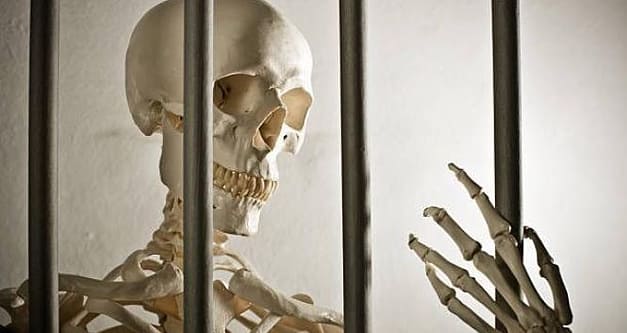 You Have Rights Against It

Excessive bail refers to the amount of cash or bond a defendant is ordered to pay by a court. It is necessary to ensure they will make court appearances.

The Eighth Amendment of The United States Constitution guarantees that excessive bail is set under a higher figure than the amount typically considered normal to ensure the excessive bond fulfills its purposes.

The Eighth Amendment does not advocate for an absolute right to bail, as stated in The Bail Reform Act, 18USC Chapter 207. Section 3142 of the Act denies bail to certain accused people with pending trials. The act explicitly denies bail to defendants considered a flight risk or even more danger to the community. Such people are primarily charged with a crime of violence, and the maximum punishment can be life imprisonment or death.

Your best chances to avoid excessive bail or lowering your bail amount is hiring a good criminal defense attorney.

How is Bail Set?

A special hearing is usually conducted by the court to determine whether the defendant fits the criteria of the above people that are not eligible to bond. It is thus mandatory to give bail to persons that are not likely to flee or pose a threat to the community. All the rules for offenders found guilty of a crime pending an appeal are governed under Section 3143.

The Bail Reform Act of 1984 United States v. Salerno, 481 U.S 739 (1987) is upheld by the Supreme Court. The court determined that the Eighth Amendment has placed certain restrictions on the amount of bail to ensure that bail is not set higher than what is necessary considering the crime the defendant has committed. The Eighth Amendment only protects the defendants against the amount of bail set; thus, it does not offer constitutional protection against speedy bail.

If a defendant has committed a minor offense like a DUI where there were no accident injuries, the jail will release the person after being booked with no bail, known as an “Own Recognizance” bond (O.R. bond). Otherwise, the amount set has to be paid if your crime has been posted in the bail schedule. After that, the jail releases you. An arresting officer can request that the bail amount be higher than the bail schedule expects. During the first appearance in court, called the arraignment, the judge will determine whether to continue with the specified amount or lower it to a more reasonable amount per the case’s circumstance.

A good criminal defense lawyer will be able to significantly reduce the bail amount.

The court considers various factors if the defendant asks for a lower amount of bail like:

Can a Defendant Be Released Without Paying Bail?

Note that you can be released from jail without posting any bond if your case is not severe, and you can prove to the court that you have substantial ties to the community. If you have been released on your own recognizance (OR), there are several conditions that the court may give you, like; placing you under house arrest with some electronic monitoring or being required to surrender your passport and driver’s license.

The best way to post bail is to pay the total amount. The funds are returned to the defendant after completing all the court proceedings. Also, the defendant met all the conditions for bail posting. The court can also refuse to take the bail cash if the money is suspected of emanating from criminal enterprises. The court expects the defendant to prove that the funds posted are entirely legitimate. Lastly, if you are paying a bond, the most prevalent way is to post bail by obtaining a bond from a licensed bondsman.