What Are The Four Elements of a Conspiracy? 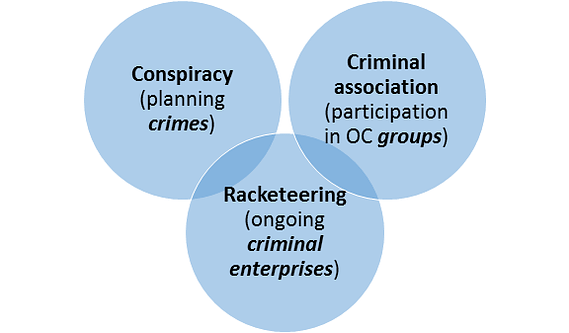 A conspiracy occurs when two or more people plot either to carry out a crime or defraud the United States or a government agency, and one of the members of the conspiracy performs an act to further the goal of the conspiracy. The offense is illegal under 18 U.S.C. § 371 and you can still get prosecuted for it even if the conspiracy’s objective is not accomplished.

To get you convicted of conspiracy, the prosecution will have to prove without a reasonable doubt that the four elements of this crime are true.

The four elements of conspiracy include:

1. Presence of an Agreement

This is the first element of a conspiracy charge. To get someone convicted of conspiracy, the prosecutor must prove that two or more persons knowingly and voluntarily entered an agreement to achieve an illegal goal. You should know that this agreement does not have to be formal or written, provided the parties involved entered a mutual agreement to commit something illegal.

For this element, the prosecutor does not have to prove that all the parties met, consented to all the details, or how they would carry out their goal. They simply need to show that two or more people voluntarily accepted to achieve a common illegal objective.

Ordinarily, the prosecutor will rely on circumstantial evidence trying to draw logical conclusions they could draw from the actions and statements of the parties involved in the conspiracy to help find solid proof of the conspiracy.

2. Membership in the Agreement

They do not even have to have been a member from the beginning, provided there is enough proof that they willingly joined the conspiracy during its existence.

However, simply associating with members involved or knowing about the conspiracy is not enough to prove that the person was a member of the conspiracy provided that there is no solid proof that they voluntarily joined the conspiracy.

Intent to participate in a conspiracy is an essential element of this crime. The members of the conspiracy need to be intent on achieving one common purpose, which in this case is the goal agreed upon for the conspiracy. In short, for a person to be accused of conspiracy. They must have a unity of purpose and an agreement to work together toward this common goal. Hence, a prosecutor will consider the mental state of the defendant and try to find proof of their intent to help further the conspiracy’s objective.

Plus, it is not necessary that the other members of the conspiracy personally participated in the overt act. Co-conspirators will be held accountable for the overt acts made by others.

The prosecutor simply has to prove that the overt act was committed after the agreement to commit a crime was made but before the crime was completed.

If you or your loved one are under investigation for a conspiracy charge, you are going to need a competent lawyer by your side. We can help you review the case and understand the facts to ensure your rights are effectively protected.