Can My Gun Rights Be Taken Away with a Domestic Violence Case? 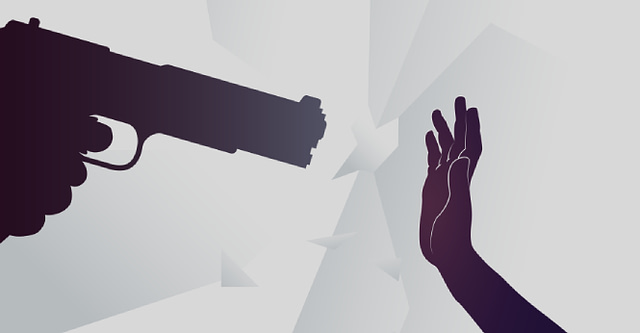 Domestic violence is a severe criminal offense that can seriously impact your life. The case entails threatening or harming a partner, whether you are in an intimate relationship or cohabiting together. Also, a Domestic Violence case may entail harming the mother or father of your child, or any former spouses.

The Constitution’s Second Amendment ensures that it is legal for an individual who meets the criterion to possess a gun in California. Although, the state holds the right to regulate and restrict certain types of firearms.

Incidentally, the Californian Law forms some of the most restrictive gun laws in the state.

For a buyer to be able to purchase a gun in California, they must meet the following requirements;

What Constitutes a Domestic Violence Case?

Mainly in a domestic violence case, the following factors must have occurred;

Penal Code 29800 under California’s Law deals with felons who possess firearms. Hence the law is popularly referred to as the “felon with a firearm” law. This law ensures that anyone convicted of a felony cannot possess a gun anywhere in the world.

Ultimately, if an offender has been convicted under the Californian Law of a felony domestic violence charge, they face a lifetime ban on possessing a firearm. If an offender with a felony charge violates the Penal Code 29800, they are liable to the following punishment;

After the ten-year ban, your gun rights are automatically restored only if you had been charged with misdemeanor domestic violence other than the above misdemeanor charges (Penal Code 273.5).

Unfortunately, the federal law can impose a lifetime ban on possessing a gun because the federal law takes precedence. If you violate federal law and possess a firearm, you can be sentenced to 10 years in federal prison or face an acceptable charge of up to $250000 or both.

What Are the Consequences of a Domestic Violence Case?

In California, if you are charged with a domestic violence case, apart from facing a jail term or a prison sentence, there are other repercussions associated with this charge. These include;