What is a Harvey Waiver?

May 15, 2022 by Mikel Rastegar in California  Criminal Defense 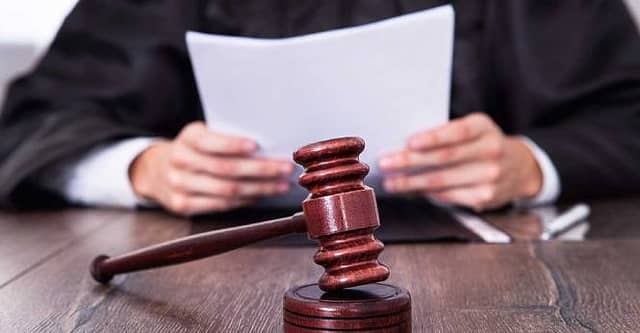 In some California cases, you may find that the accused is charged with more than one criminal offense. To avoid these charges, a defendant may choose to enter a plea bargain to plead guilty to the lesser charge so long as the prosecutor drops the other charge they are accused of. In situations like this, the prosecutor will request the defendant signs a Harvey waiver.

What is a Harvey Waiver?

A Harvey waiver is an agreement that states that the defendant agrees that any dismissed charges will still be taken into account during the sentencing part of their criminal case. This waiver was developed during, the People v. Harvey case in 1979, where the California Supreme Court ruled that dismissed charges would not be considered against a criminal defendant during the sentencing phase of their case unless the defendant knowingly and voluntarily relinquished this right.

Thus, for the Harvey Waiver to be considered valid, the defendant must:

The Harvey waiver was mainly put in place to ensure victim restitution even if the defendant’s charges were dropped.

How Does The Harvey Waiver Assist With Victim Restitution?

Victim restitution gives a victim the right to recuperate their financial losses that were caused by a criminal when committing a crime. Victims, in this case, refers to individuals who:

For any of these aforementioned individuals to be considered victims and qualify for compensation. The damages suffered have to be caused by an accused during criminal activities.

Some of the losses a victim can claim retribution for include:

In California, the law state that the victims of crimes will be granted full compensation for all sensible expenses and losses gathered due to the crime committed. In some cases, to get their compensation a victim will have to attend a restitution hearing.

What Is A Restitution Hearing?

In a situation where a victim is unsure just how much money is owed to them for their losses, or the defendant wishes to challenge the demanded compensation, a restitution hearing will be called. During this hearing, the burden of proof falls on the victim in the case. They have to provide substantial evidence showing that the losses gathered were a direct cause of the criminal acts the defendant committed.

Normally the victim will use bills, medical expenses, or business records to provide enough proof to qualify for restitution.

What About Civil Compromise?

A civil compromise is covered under California Penal Code Section 1377 and 1378. These codes allow a judge to dismiss misdemeanor charges if the defendant completely repays the victim of their crime for any harm caused during the defendant’s criminal actions.

Once the casualty is fully repaid for the harm caused, they will have to appear in the court where the criminal case was handled. They will then have to acknowledge before a judge that they have received their complete reimbursement from the defendant and have no intention to pursue criminal charges for the misdemeanor committed that caused them harm.

The judge will then decide whether to have the charges dismissed.

If you wish to know more about the Harvey waiver and how it can affect your case. We highly advise you to contact our law firm, and we will provide you all the information you need.

Accused of a Crime and Need a Harvey Waiver?