Hate Crime in the USA is on the Rise 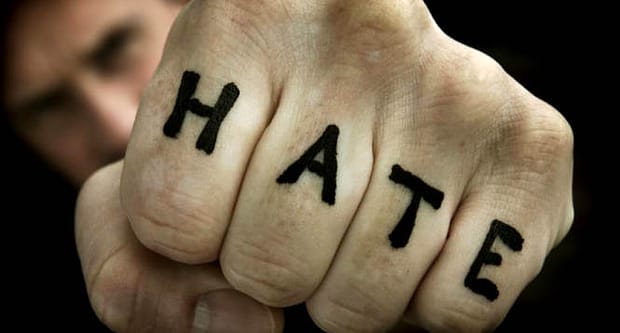 What is a Hate Crime in the USA?

A hate crime in the USA is on the rise is defined as a violent crime, motivated by hatred of someone else’s race, color, national origin, religious beliefs, sexual orientation or political beliefs, among other things.

Some primary motives for hate crimes are, but are not limited to:

For it to be considered a hate crime, the act has to be done willfully, with intent to cause harm based on one or more of these biases.

In 2017, hate crimes have jumped by nearly 20 percent in major U.S. cities, after increasing by only 5 percent in 2016 nationally, according to police data compiled by the Center for the Study of Hate and Extremism at California State University in San Bernardino.

The majority of hate crimes in America are directed at Muslims, Jews, African-Americans and LGBT.

Demographics for the type of hate crime by US city:

Critics argue that current hate crime data is unreliable. The FBI publishes annual hate crime stats collected from thousands of police departments, but reporting is voluntary and most agencies don’t participate in the report.

Furthermore, according to a report by the federal government’s Bureau of Justice Statistics, it is estimated that most hate crimes were not even reported to the police at all by the victims. When they are reported, there are relatively few prosecutions.

Are you under police investigation for a crime in the greater Los Angeles area? We cannot stress enough the importance of consulting and retaining a lawyer to protect your rights, privacy and future.