How Accomplice Testimony Can Impact Your Case 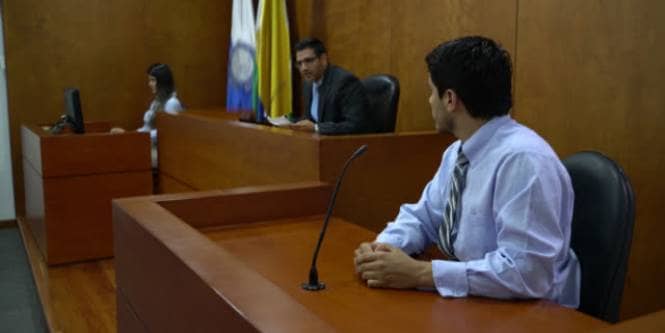 What is Accomplice Testimony?

The district attorney’s office may file an accomplice charge against someone who provides material support for the commission of a crime. If the accomplice is willing to testify against the main suspect, the state may grant them protection from prosecution.

In the event of a guilty verdict, an accessory in California will face the same charges as the principal defendant. Acquaintanceship status is an issue of fact for the jury to decide. Anyone who does more than watch another person commit a crime is considered an accomplice. Anyone involved in a crime may be held accountable under Penal Code sections 30-33. They might be held accountable for the same crime as the one or ones who perpetrated it directly, with the same severe consequences.

The credibility of an accomplice’s evidence in court is the biggest obstacle to utilizing it against a criminal defendant. California PC 1111 stipulates that the evidence of an accomplice must be confirmed for it to be admitted at trial to prevent the accomplice from transferring responsibility for their crimes and presenting misleading testimony to diminish their improper activity.

The Potential Impact of Accomplice Testimony in Your Legal Matter

A popular saying goes, “with friends like those, why need enemies?”

Once a criminal case is filed against everyone who saw or participated in the incident, even your closest friends will likely begin to blame. This is especially true if you and a buddy or other possible accomplice face criminal charges together. It’s possible that you were merely tagging along or were persuaded to do something you knew was wrong by your friends.

The need to leave a hazardous area may not always be present. To put it another way, if you were convicted of a crime you committed with others based only on the testimony of an accomplice, your conviction must have been supported by additional evidence pointing in your direction as the perpetrator.

You could have to face the music if they say you were present, had a hand in it, or hatched the plot. However, the prosecution might fail to establish a prima facie case linking you to the crime if this is the only piece of evidence they produce. Facts that connect an accomplice’s testimony to the alleged crime may be called “corroboration.” They can take many forms since every case is unique. In addition, it is not enough under the law to show that a crime was committed.

The question that courts will address is whether there is circumstantial evidence linking the defendant to the crime after the testimony of any accomplices, co-defendants, or co-conspirators has been excluded. If not, the prosecution cannot establish guilt.

It takes a knowledgeable and experienced legal professional to evaluate the specifics of each case and guide you through this murky area of the law. Seeking the counsel of an attorney with relevant expertise might be the difference between being a victim of your “friend’s” remarks and effectively defending yourself against wrongful claims made by someone trying to absolve themselves of blame.

Reasons Why Accomplice Testimony Accuracy May Be Questionable

When the sole evidence against a person is the testimony of an accomplice, the California legislature decided to amend the law so that such convictions could no longer stand. Accomplices may be tempted to provide false evidence against their criminal partners to avoid taking responsibility for their conduct or negotiating a favorable deal with prosecutors and law enforcement.

For instance, Edgar Octavio Barajas’ case. He was just 15 years old when he was tried for the murder of Ernestina Tizoc in Modesto. He served seven years in prison for first-degree murder, weapons, and gang-related activities and was acquitted by the California Supreme Court. Two of his accused co-conspirators testified against him, and their testimony was all that was used to justify the 50-to-life sentence. The California Supreme Court found no reason to hold Bajaras responsible for the crime and ordered his release: “None of the other evidence, including eyewitness testimony concerning the shooting or the physical evidence of the murder weapon and bullet casings discharged from the weapon.”