How Can Criminal Probation Affect My Travel Plans? What if I am a Convicted Felon? 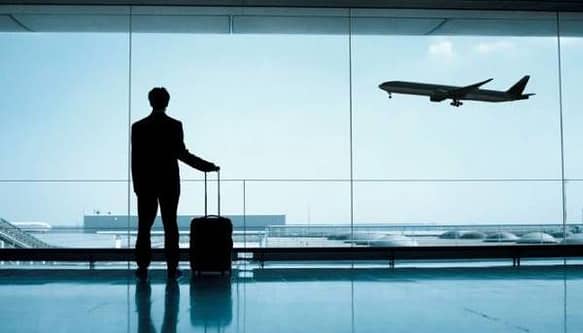 After having been sentenced to probation, the gavel bangs, and you’re free to leave the courtroom. But, to what extent are you free to travel the world?

The degree to which criminal probation can affect your travel plans depends on the specific terms outlined by the courts and supervising agency as well as the destination country’s laws governing entry. For some, probation won’t be a hindrance, while others may find their options severely limited.

In California, for example, “informal” probation might prove to be of little consequence. Also referred to as “court” or “summary” probation, this level of supervision often has no requirement for ongoing, in-person contact with a probation officer. Unlike with formal probation, which typically mandates face-to-face meetings, reporting is conducted remotely – perhaps, a less constraining demand for globetrotters.

Even with informal probation, it’s still important to understand and take into account any restrictions before planning a trip. For instance, a nearby location might be within the designated “travel radius” from your home, yet off limits because it requires crossing over state lines or into another jurisdiction. Such might be the case for a probationer in San Diego considering a trip to Tijuana, just across the U.S./Mexico border.

For individuals on formal probation, it’s likely that conditions will be more restrictive. A probationer might be prohibited from being away from his or her listed residence for more than 48 hours at-a-time without prior approval. Consequently, the duration of a planned visit – including travel time – could be cause for denial.

Along with prohibited behavior, probation can mean time-consuming activities that preclude travel. Courts frequently order probationers to participate in self-help programs such as drug counseling, anger management or parenting classes. Additional stipulations could include community service hours or proof of employment.

Moreover, the nature of a crime can trigger imposition of special conditions. For instance, a sex offender might be prohibited from visiting places frequented by minors, including state and national parks. Crimes deemed gang-related could make a probationer subject to controversial injunctions where entire communities are off limits.

With the 2011 passage of California’s Assembly Bill 109, qualifying (nonviolent/nonsexual) offenders who would have been eligible for state prison and parole, instead, serve time in county jails and – upon release – are supervised by local probation departments. Early probationers under this retroactive policy included those released from state prisons. While not required by the measure, some departments mandate tighter restrictions on AB 109 probationers.

Likewise, federal probation carries its own complexities. The Office of U.S. Probation oversees both, pre-trial and post-conviction caseloads. Federal officers must satisfy strict requirements before permitting a charge to travel outside of the country:

In any event, don’t be dismayed by what probation could spell for your travel plans. Remember that you have the right to advocate on your own behalf. This includes submitting written grievances to the probation department as well as having an attorney petition the courts.

A brief summary of countries you cannot travel to with a felony conviction:

What if I’m Granted Permission?

Should your probation officer grant you permission to travel abroad, there’s still the matter of the destination country’s laws. Of course, some nations are more strict than others. So, a little due diligence might help you rule out the no-goes.

Your prospects for gaining entry into a country, despite having a criminal record, will largely depend on your charges as well as the visiting nation’s political climate. Increasingly, the results of background checks are weighed against national security concerns. Moreover, strained or nonexistent diplomatic relations with Washington can result in greater scrutiny of U.S. citizens.

Ironically, countries with the most restrictive visa requirements were once destinations for fugitives and exiles. Argentina provided safe haven for Nazi war criminals – some of whom lead death squads during its “Dirty War,” from 1976-1983. Australia was founded by inmates sentenced to English debtors’ prisons. Canada gave refuge to Americans escaping the draft during the Vietnam War.

Continuing in alphabetical order, China, Cuba and Iran fall into the category of nations whose tenuous relationships with U.S. Administrations affect travel prospects. While Cuba is famous for having given asylum to American radicals, its government bars potentially disruptive, outside influences and has – on occasion – turned fugitives over to U.S. authorities. China and Iran are perhaps more guarded than the socialist dictatorship.

With the exception of South Africa and Kenya, African nations exercise a virtual open-door policy. Unfortunately, South American drug cartels and jihadist organizations have taken advatage of the lax restrictions. The ease of travel is likely to change in the near future.

Once a top destination for vacationers, the United Kingdom has become increasingly closed-off.

Amidst a spat of terror attacks and an influx of refugees, the UK beefed-up its police forces and toughened its visa requirements. Boasting some of the most extensive criminal databases in the world, you can expect thorough background checks.

As with anything, there are exceptions to the rule. For instance, some countries make allowances for individuals holding dual citizenship. Also, changes in leadership can sometimes lead to looser enforcement practices.

If you’re looking to stay up-to-date on policies, there’s no shortage of good resources. Embassies, consulates and even airlines can provide answers to many of your questions. The U.S. State Department website offers “entry and exit requirements” as well as “other details to decide if traveling to that country is right for you.”

To be more proactive, you can enlist the help of a qualified probation attorney. An immigration lawyer can offer expert advice on how to go about securing a visa. Additionally, some attorneys specialize in expungement and can help clear your record of the things that stand between you and your dream vacation.